Joe, Ry, and I headed out to the Boomershoot site today to do some testing with Chalk Dispenser V3.0.  We had previously tested the chalk dispenser and it did quite well.  The main problems we found weren’t with the design, but with the material being dispensed.  This time we were going to try glitter, Mylar confetti.  At the last second we also added non-dairy creamer and match light charcoal.

In hindsight reviewing the pictures we should have taken a couple from up on the hill because up close it just doesn’t look the same.  From the previous testing though it looked as though we had bruised the hillside. 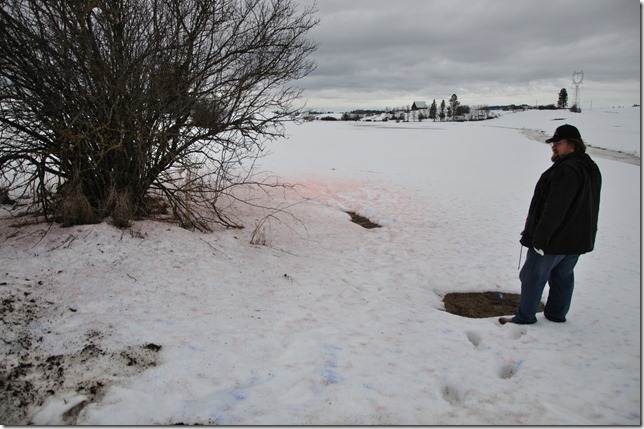 As we got into the middle of the colored area, we noticed more evidence of the chalk problem we saw previously.  It had obviously clumped into small balls. 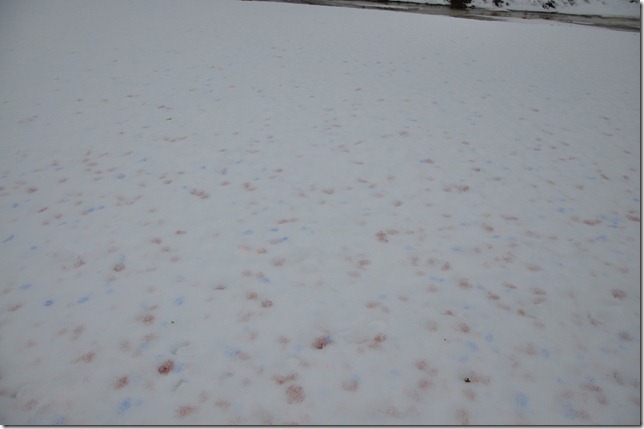 First we tested small charges of 50 grams.  While it did work, they were difficult to load requiring special preparation. 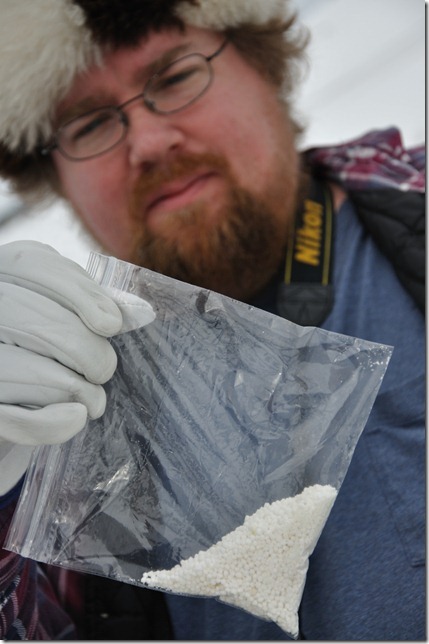 That is 50 grams of the most fun intoxicant this side of the Rio Grande.  It is so little that it’s hard to place it in such a way to fill the hole to complete a visible target, but it still packs a punch.

Joe forgot the glitter, however we did have the confetti to try as well as the newly added charcoal. First up was the non diary creamer.  We had already done the one 50 gram test when this picture was taken. 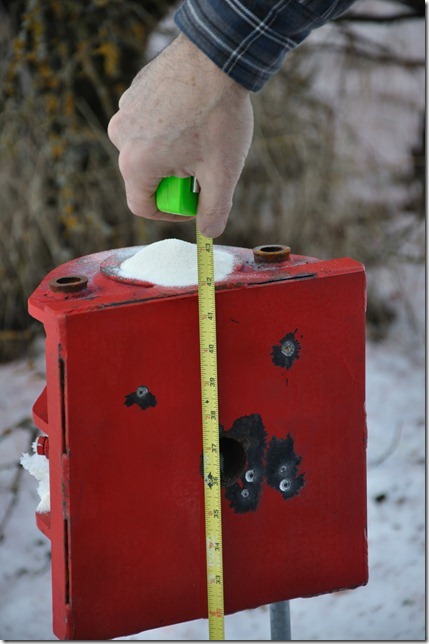 The results were lacking in significant difference, it looked the same as without the creamer. 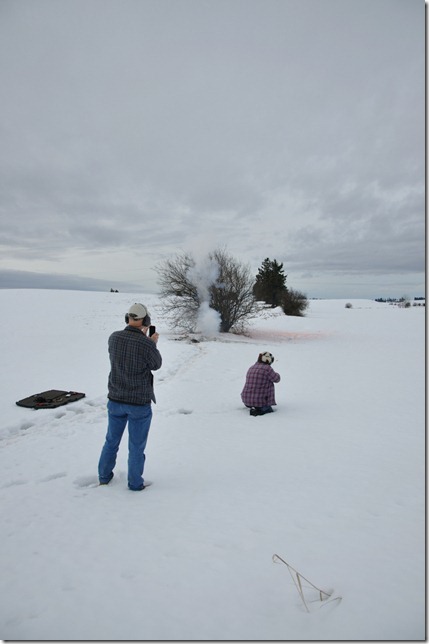 Second up was the confetti. 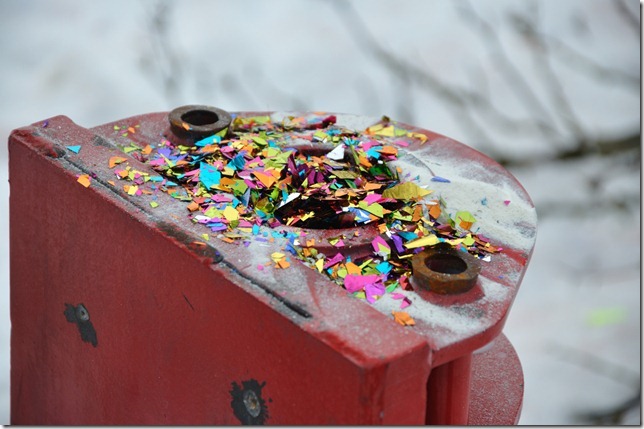 We packed it in there.  The results though were less than pleasing.  Do you see the confetti, we didn’t as it happened. 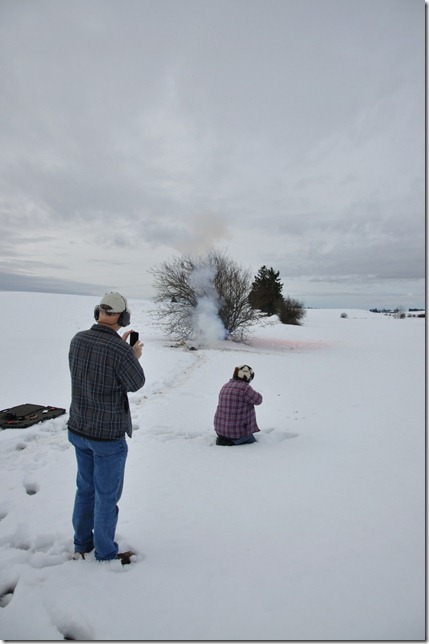 Next was the charcoal after that dismal failure.  We were actually hoping to get the charcoal dust to ignite, however these results were still fantastic. 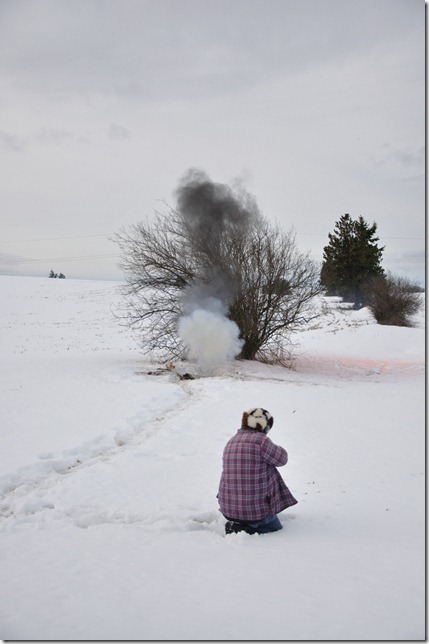 It wasn’t good just once though.  It was repeatable! 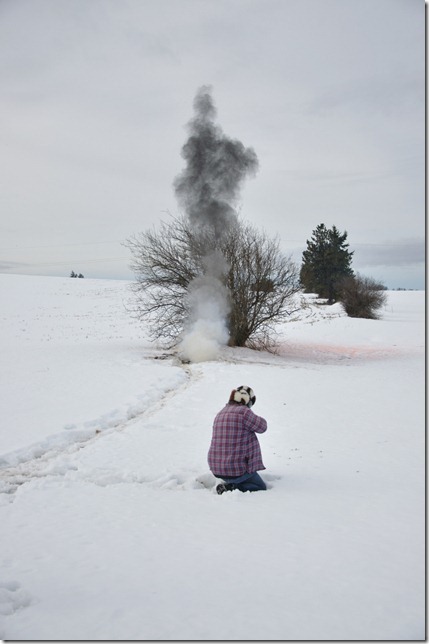 And I caught the brass in the air on both of those pictures, how awesome is that!  We attempted another test that I didn’t get pictures of since I was shooting.  I some how got the Boomerite to start burning, with the charcoal above it.  I let Ry finish it off since it was his gun and I was frustrated to say the least.  Still no fireball though.  We wanted to get this thing to toss a fireball, how could we get it to toss a fireball.  We then started going through Joe’s truck looking for things that could be used.  We found a spray can of window deicer.  We put that on 100 grams of Boomerite with and we pulled the Boomerite through to make sure we would hit the Boomerite first, not the can.  We also had attached road flares to help with ignition. 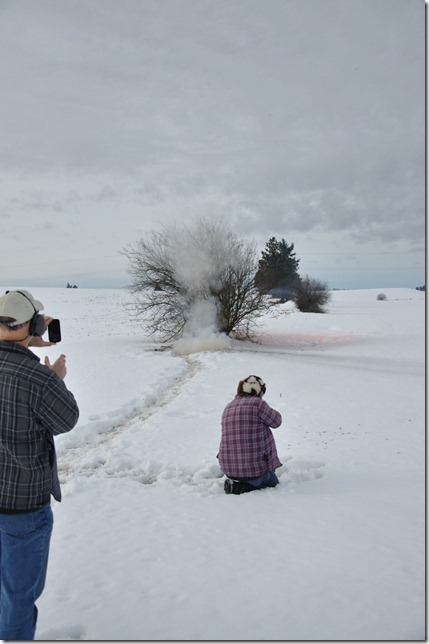 Still no luck.  However we later had a discussion about the road flares and wondering what causes them to be extinguished.  The assumption was that the concussion would result in removing the heat and liquid material preventing the flare from continuing the burn.  It’s only the gases that burn, the burning melts the solid, which will then turn to gas, and burn.  We though maybe the concussion blew off the liquid and gasses killing the flare.  Both this picture and the following one would beg to differ though. 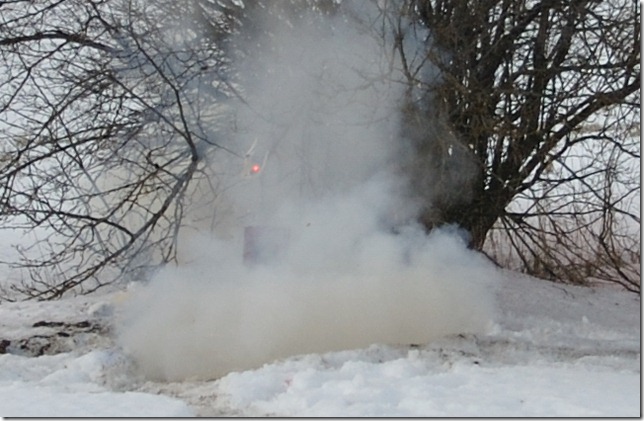 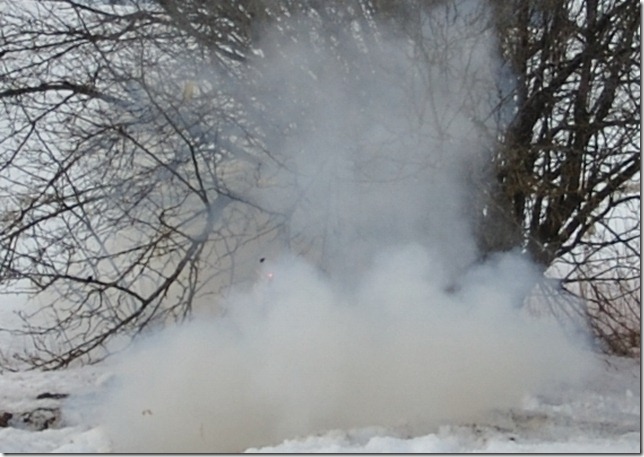 This brought an abrupt end to our testing.  We had done something very stupid without realizing it.  We placed a piece of metal between us and the explosive.  The pressures from the explosive split the welds along the top. 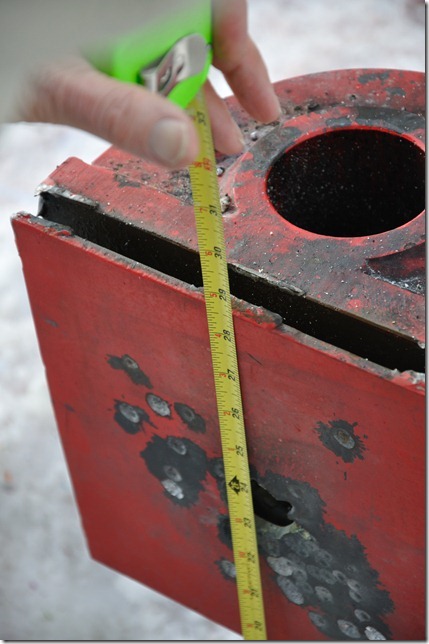 So what is a guy to do when you still have Boomerite left, and no target to test it in?

The answer is quite simple, put 4 pounds in the non dairy creamer bottle, put the target on top and launch it in the air. 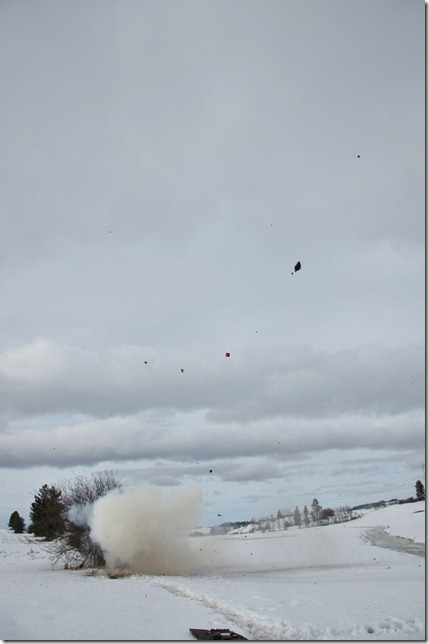 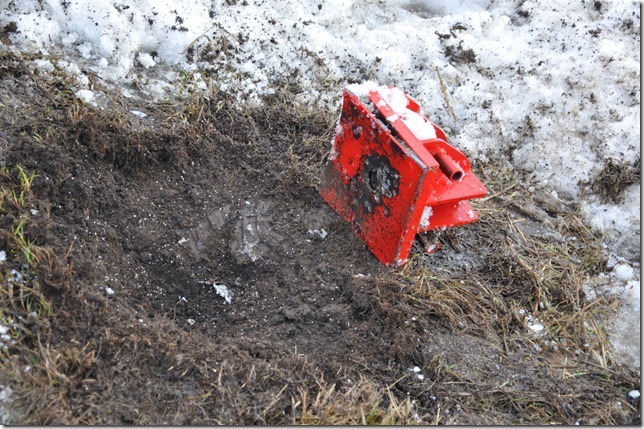 The target can be repaired, but I would say it looks no where near like when we got it.  Joe already has video of the stuff that really matters.  I’ll work on editing the video tonight and tomorrow and see if I got anything worth while.  For now, enjoy the story board and pictures.