I have to say, that this is the most awesome search string I have seen yet! Even more amazing is it’s from Califoniastan!

Whoever this is, please note, you put one hell of a smile on my face. Have a wonderful day.

Memorial day is tomorrow despite the fact many believe it to be on Monday. Sorry but it’s not, it is not an excuse for a three day weekend. It is a day to stop, pause, and reflect on the men and women who have paid the ultimate price so that we wouldn’t have to.

Many have never been to Arlington or seen the Vietnam Memorial. I have seen both, it is extremely sobering. Many take the gift of freedom for granted. They have no concept of the sacrifice made by so many or the impact it has beyond just those who never return. 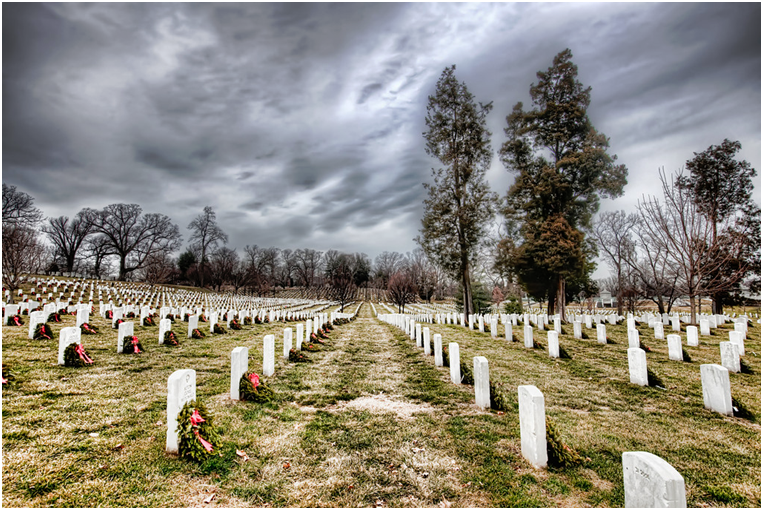 Tomorrow at noon, I ask, stop whatever you are doing for one minute. Reflect on all the men and women who never came home, never saw their families again, never saw their children grow up, never got to retire and grow old in peace. One minute towards thanking them, remembering them, and appreciating what they’ve done so you wouldn’t have to.

I came across something this morning saying that Census workers can enter your household in your absence with the permission of the landlord.

What many Americans don’t realize, is that census workers — from the head of the Bureau and the Secretary of Commerce (its parent agency) down to the lowliest and newest Census employee — are empowered under federal law to actually demand access to any apartment or any other type of home or room that is rented out, in order to count persons in the abode and for “the collection of statistics.” If the landlord of such apartment or other leased premises refuses to grant the government worker access to your living quarters, whether you are present or not, the landlord can be fined $500.00.

What I find interesting is there’s a couple problems here. In Washington at least the Landlord Tenant act says the landlord may not enter the premises without 48 hours advanced notification. Further the census website says the following:

That is straight off the website verbatim. If you have had a landlord allow a census worker into your home I highly suggest you contact an attorney immediately as well as conduct an audit of all valuables and identity information. Census workers are NOT to be allowed in homes to conduct survey information. It is a violation of the 4th amendment as is constitutes a search by a government entity. Many states have similar laws to Washington’s Landlord Tenant Act. If you are a landlord and allowed someone claiming to be from the census into a property, contact your tenant and law enforcement immediately.

The bottom line is that census takers are only allowed to question people. If you fail to respond they can ask your landlord how many people are residing in the residence. No entry is allowed or is necessary. All information can be acquired from neighbors that is necessary for the Census. Again, my suggestion to landlords or tenants that have been affected by this is to contact an attorney immediately. FYI for landlord, come clean and contact law enforcement and an attorney, your tenant can probably put you into oblivion in civil suits. You can probably make a case that is was due to duress of someone pretending to be acting from the government. If you fail to come clean after reading this, it’s on you. Census.gov even states they are not to enter the premises.

Anyone desiring access to a residence should be assumed to NOT be a census worker but someone looking for stuff to steal. Your condition meter should transition to “Orange” immediately upon someone approaching and asking; claims to authority or not. As my dad always said, “Challenge Everything.”

Had a question come through, landlords must provide access to non-living spaces where privacy is not expected. A prime example of this is a gated community or an apartment building where the front door is locked but there are common hallways. Basically a way to look at it is they are exempt from efforts to keep solicitors out. Access is to be allowed to the entrance of the residence. The full law is as follows:

Whoever, being the owner, proprietor, manager, superintendent, or
agent of any hotel, apartment house, boarding or lodging house,
tenement, or other building, refuses or willfully neglects, when
requested by the Secretary or by any other officer or employee of
the Department of Commerce or bureau or agency thereof, acting
under the instructions of the Secretary, to furnish the names of
the occupants of such premises, or to give free ingress thereto and
egress therefrom to any duly accredited representative of such
Department or bureau or agency thereof, so as to permit the
collection of statistics with respect to any census provided for in
subchapters I and II of chapter 5 of this title, or any survey
authorized by subchapter IV or V of such chapter insofar as such
survey relates to any of the subjects for which censuses are
provided by such subchapters I and II, including, when relevant to
the census or survey being taken or made, the proper and correct
enumeration of all persons having their usual place of abode in
such premises, shall be fined not more than $500.

To surmise it, as I did above for landlords, provide the number of occupants or allow them to go door to door. Do not allow them into private living spaces.

People will be offended no matter what happens. But telling someone they can’t fly the American Flag in their window of their residence is bulls**t!

“This policy was developed to insure that we are fair to everyone as we have many residents from diverse backgrounds,” the statement read. “By having a blanket policy of neutrality we have found that we are less likely to offend anyone and the aesthetic qualities of our apartment communities are maintained.”

That is a national symbol and, honestly, if it offends you pack your bags and leave this country! I’m sure there are plenty of people willing to help with that.

My husband and I feel that being told not to fly the flag is highly offensive.

What happened to self reliance and why in Zeus’s butthole does the current administration want to take care of everyone else and ignore the issues in our own country?

The U.S. must shape a world order relying as much on the persuasiveness of its diplomacy as the might of its military, he said. All hands are required to solve the world’s newest threats: terrorism, the spread of nuclear weapons, climate change and feeding and caring for a growing world population, he added.

As I continue reading Atlas Shrugged I frequently see similarities between the book and present day America.

Apparently other countries, who could IMO take care of themselves, are higher on the list of priorities than people right here at home.

The government also seems to think that throwing money at problems will be the solution. For example, programs such as Social Security, food stamps, unemployment, etc. are having money taken from tax payers for funding. This creates a decline for private wages.

The trend is not sustainable, says University of Michigan economist Donald Grimes. Reason: The federal government depends on private wages to generate income taxes to pay for its ever-more-expensive programs. Government-generated income is taxed at lower rates or not at all, he says. “This is really important,” Grimes says.

The Obama administration is pushing the country towards communism:

Economist David Henderson of the conservative Hoover Institution says a shift from private wages to government benefits saps the economy of dynamism. “People are paid for being rather than for producing,” he says.

(Emphasis mine). In this case, the way to make more money would be to have more kids, because then your need is greater.

We don’t have any kids and we are working our butts off to make ends meet, yet we are punished for our hard work just because someone else doesn’t work but needs more because they couldn’t keep it in their pants or their legs closed. Oh yeah, they also need a new big screen TV and an expensive ‘green’ vehicle to cart the kids around in.

Why should my husband and I not shrug?

I know, I know. You’re sitting at home and you’re scratching your head and you’re saying why in this age of enlightenment is it still necessary to blast these beautiful creatures out of the sky and the answer is simple. Responsible hunting has always been a part of responsible conservation. Plus they taste really good. – Mike Rowe of Dirty Jobs (Collection 5 Episode 2 Goose Down Plucker)

Hunters are the biggest contributors to conservation, yet the Liberals think hunting and the tools used are a bad thing.

As TMM put it, Mike Rowe actually got something out of his Eagle Scout unlike Michael Bloomberg.

The MinuteWoman has a baby Prairie Dog separated from his family. Oh My!

[I posted a lost animal from Zoo World on Facebook and John C. showed his absolute distaste for the particular species.]

[That was TMW verbal response after seeing this. It wasn’t Yogi’s fault that the guy was a moron, sadly ranger put her down. I just wish that the bear had completed the Darwin treatment on the moron. –TMM]