The Minuteman » Unfiled » On Independence Day

For those who think that Independence Day is only celebrated by the “right wing” get off your high horses and wake the hell up.  The role of the Declaration of Independence in our country is rooted to the core.  If we didn’t have that, you’d be drinking tea, eating crumpets and saying, “’Ello, guv’na".  I personally hate British tea, it tastes like shit and it only belongs in Boston Harbor.  Crumpets are nothing to write home about, and as for the speech do I really need to explain that?

These ass hats don’t even know how to run a proper survey, twist statistics, and then say celebrating the birth of America is supposedly the bastion of “right wing quacks”.  This coming from a bunch of pricks who roll out on May 5th and celebrate Cinco de Mayo, yet they abhor American Independence.  They are nothing but a bunch of shit-hooks who belittle those who understand American culture and ideals.

Who the hell do these people think they are?  They are slandering one of the greatest achievements of one of their own alumni by playing the partisan game.  For what?  American Independence has absolutely nothing to do with partisan politics.  Those who attempt to taint it as such do nothing by expose their anti-American sentiments.

Then again some may dismiss my statements because of the following facts about me:

I guess that makes me brainwashed by the “right wing”.  Interesting that since I hate the republican party and I am staunch libertarian in every way.   How much so?

Neither party supports any of my overall stances on things.  Some would call me a right-wing nut because I do not like socialism, communism, or public welfare.  Ultimately I want personal Independence, which was something that the Declaration helped start.

Again, if you haven’t read it, please do.  Most only really remember the beginning of the second paragraph and that document as a whole speaks volumes as to why this day is so damn important.  After reading it, you realize we must be so thankful we had someone so obnoxious and disliked on our side, who saw the writing on the wall, and fought to give us something better. 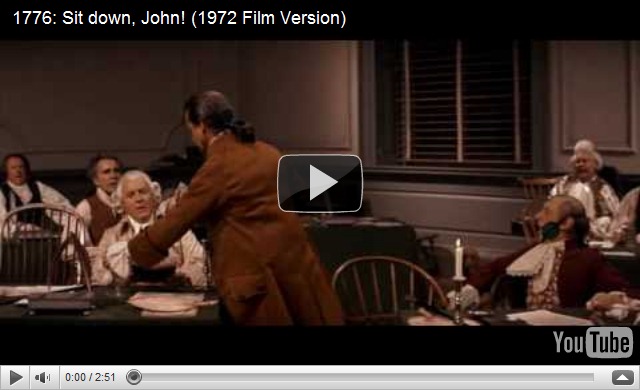 Many forget how hard our founding fathers tried to prevent moving to independence.  It was a decision that wasn’t taken lightly, and when all the facts were viewed together not much choice was left.  It was at that point it was obvious that something needed to change. 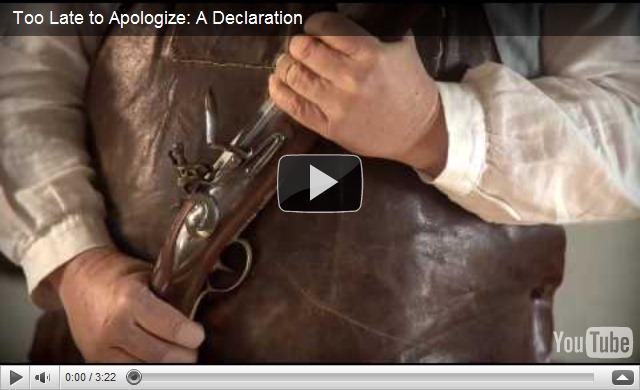 So 235 Years ago, July 4th, 1776, we formalized a letter, signed by our elected representatives that told that fat fuck King George to go piss up a rope.  Mr. Hancock made sure to sign with such conviction so that Fat George could read it without his glasses.  I celebrate July 4th to remember the document that was written to explain to the world why we declared ourselves to be independent from Britain.  To remember what those men risked in doing that and their conviction behind that statement.

And for the support of this Declaration, with a firm reliance on the protection of divine Providence, we mutually pledge to each other our Lives, our Fortunes and our sacred Honor.

And lastly to celebrate the freedoms and liberties that came with it, that no other place in the world has.

Frankly, if you live here and don’t want to celebrate Independence day, pack up your shit and get the fuck out.  Doubly so if you attempt to turn it in to a partisan cesspool for your own political gain, I’ll help you pack and buy you the freaking one way ticket.

A note: Pardon the language above, I’m sure my mom will read the above and I’ll get a phone call.  Frankly this whole thing has me extremely pissed off and I could have always delivered something like this instead.  I do swear from time to time, usually when I’m frustrated, annoyed, or just down right pissed off.  This article was written with a combination of the last two. H/T to Kevin on the other response.

4 Responses to On Independence Day