So today was Starbucks appreciation day, however my visit to the coffee house was delayed by the wife’s 12 hour shift.

So initially I planned on buying myself some coffee and at the same time buying a bunch of Via to send overseas.  There’s an old adage that was drilled into my head by my dad growing up, “No Plan Survives First Contact With the Enemy.”  They didn’t have the big packs of Via at this Starbucks.  The wife is going to check Safeway tomorrow after her shift and if that fails I’ll be picking it up at Costco or ordering it online.  My current receipt is small but will be growing considerably once I get my hands on the Via or order it. 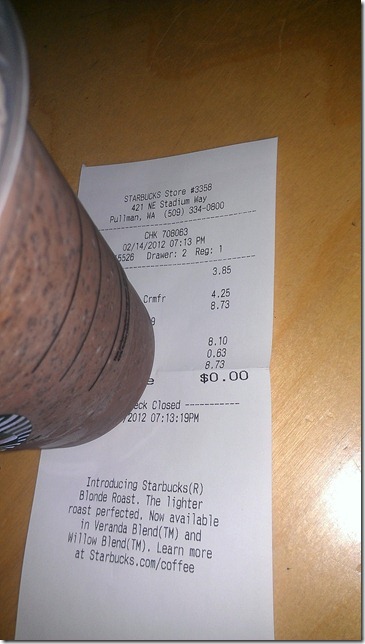 Now, me being the guy that I am, and the fact it was snowing outside I decided I didn’t need my coat.  Walked right past the campus police officer open carrying as he walked out with his coffee.  As I’ve said before, no one cares! 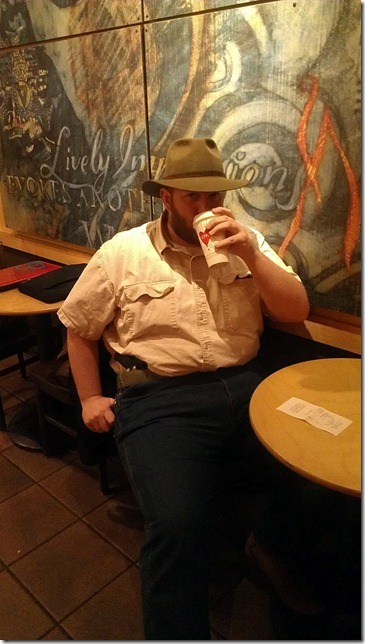 The wife on the other hand remained much more discreet being that’s she’s so cold blooded (I’m so going on the couch for that, but it’s true, she’d freeze without me). 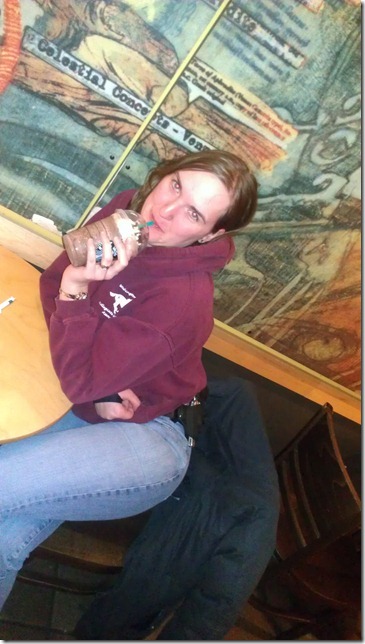 So we’re sitting at the table, across from where everyone has to pick up their coffee, both guns plainly visible.  What does the barista say?  Not what any of the bigots would have you think, and I quote, “Oh you guys are so cute!”  Yeah, explain that one!  We also asked the barista how business was today.  She didn’t work this morning but she said business this evening was not below average but not high either.

I did also get an email from LC Scotty this morning.

I know A Girl and Her Gun also has a package enroute to me.   All of this coffee is going to be headed overseas.  So not only did we support Starbucks, but sending out a taste of home.  All the gun grabbers were living in complete denial.  How am I so sure it’s denial, here’s pictures and comments from a fellow blogger who’s just too “lazy(little kids are a pain)” to blog anymore.  She just runs on the Facebook now.  Seems she went and got 60 bucks worth of Starbucks herself plus an extra 50 from her current job specifically as part of the buycott! 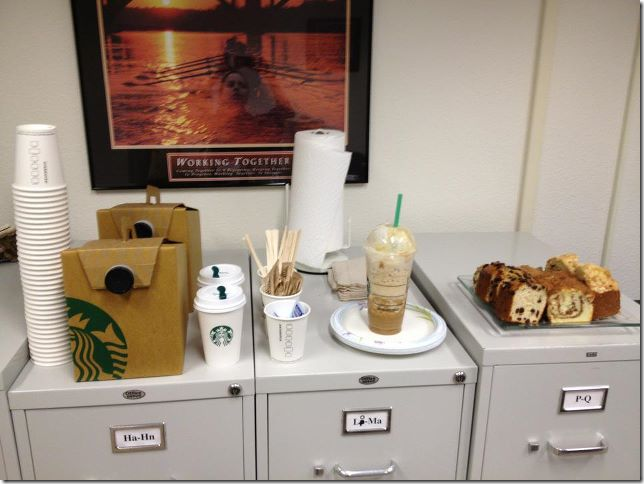 Tweet space was quite alive today with the boycott and buycott traffic.  Most interesting was the total meltdown that began to happen from the group that organized it and the Brady Campaign continued with their existence in the first stage of grief.  Note all the definite numbers provided above, plus Joe wasn’t a slouch either.  Just from what’s listed there in three people and the company is approximately $315 in business. Remember the Facebook group had almost 25000.   To put it in further perspective, at 10 dollars per person that’s a quarter million dollars in sales for Starbucks.

Lastly we have a post from Thirdpower.   For an intro, read this, followed by this, and then lastly read this.

That’s right, Thirdpower’s Starbucks today was financed by the people who arranged the boycott.  Talk about a way to flip the bird and rub salt in the wound.

So lets do a quick recap:

In January they organize a candle light vigil which we turned on its head and they became quite irritated over.  In February they attempt to organize a boycott and do nothing but show Starbucks why it’s financially beneficial to remain politically neutral.  It is bad business to discriminate or ostracize a group of customers because they want to exercise their legal rights.  Where’s the proof it’s good business to stay neutral I hear you ask?  The benefit is to the tune of what will probably be at least a quarter million in extra sales if those Facebook numbers can be believed and we figure approximately 10 dollars per person.  I consider it a pretty conservative estimate as well because I know plenty of people who also went today who weren’t on Facebook either.  Impressive isn’t it?  Not only that, but then some of us are buying coffee to then turn around and send overseas for those who couldn’t participate?  What pictures and events did the boycott organizers do today to show their support and how successful they are?  Oh that’s right they have a blank Facebook page that none of us can see.  I’ve got pictures of me to show Starbucks thank you.  They have pictures of nothing and the majority of their protestors didn’t patronize Starbucks to begin with anyway.

Also Weer’d did a post tonight that caused me to have an epiphany type moment.  The boycott was organized on Valentine’s day, so in the event that there wasn’t a decrease in sales they had an automatic rationalization for an out.  Instead of seeing the lack of support they could blame it on couples going on a date filling in the gap.  Why else would they set it on a holiday where Starbucks would already be seeing an increase in business?

Let them continue to wallow in denial. CSGV, at least Ladd anyway, has moved on to anger.  There will be no bargaining for any of them when they arrive.  They can be depressed for as long as they like, but eventually they will reach acceptance.  They lost and they will be relegated to the dustbin of history.  While we must continue pounding on them, lest we snatch defeat from the jaws of victory, we have the high ground currently.  We need to do as much as we can to continue their progression of grief.

Tagged Grief of the Anti-Gunners. Bookmark the permalink.