The Minuteman » Unfiled » Once More Unto the Breach

Once More Unto the Breach

It came across my inbox earlier this week that the Big-E is headed out for her final cruise.

The Enterprise holds a special place in my family’s heart, not just for the storied history of the ships that have bore the name, but it was by far one of my fathers favorite deployments as an NFO.  There were numerous stories and she always carried a special place for both of us.  So special in fact she was directly involved in one of the most memorable moments of my young life. 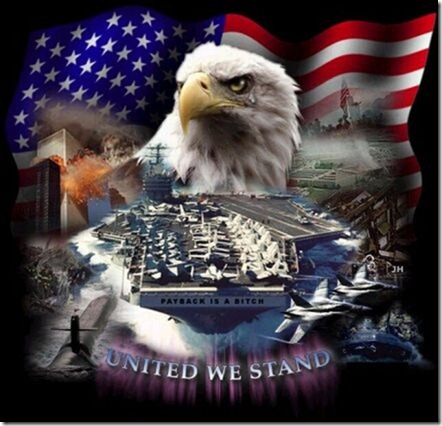 A common tradition in many scout troops, especially my own, was that an Eagle Scout be presented with a flag that had been flown over the US Capitol.  It was tradition that the father get the flag and present it.

My father ever being the creative man he was knew that a flag over the capitol wouldn’t mean that much to me.  At the time this ball was rolling I had just submitted my application for appointment to Rice University for the NROTC program.  He had maintained numerous contacts within the Navy, many of whom would help me within the coming months as other events unfolded.  My dad, further being the prankster he was pretended the entire time to be constantly forgetting about the flag saying he’ll take care of it later.

I remember sitting there during my Eagle Court as he walked up to the lectern wondering what he had up his sleeve.  When he asked the audience to rise that was expected.  When the color guard carried the flag in from the back, that was expected.  When my dad took the flag from the color guard left hand on top right on bottom, that was expected.  When he turned to me and said, “Son, your journey is just beginning and I know that normal tradition says I should give you a flag flown over the US Capitol.  That however would not do, and would not instill how proud of you I am.  I know that you stand ever ready to shield and protect this National Ensign…”* That was totally unexpected.  My father after handing me the flag ensign, then proceeded to explain to those present who mostly were unaware what a National Ensign is and then proceeded to read the accompanying certificate. 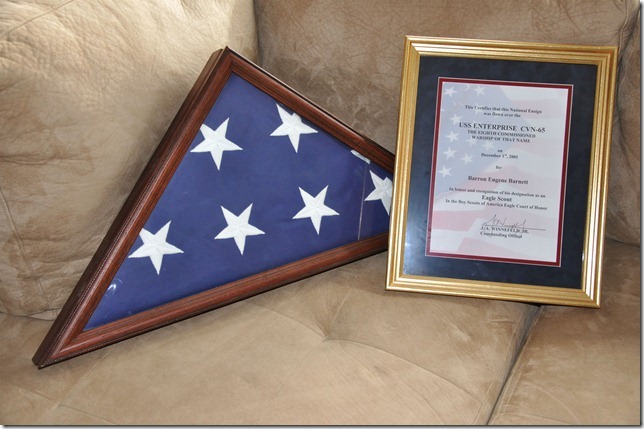 At the time she had just returned to port from the first wave of Operation Enduring Freedom (I still hate that name, I don’t endure my freedom, I celebrate it and defend it).  The XO at the NROTC unit at UW was the Gun Boss on the E at the time and when I met him the following fall and he actually remembered it. 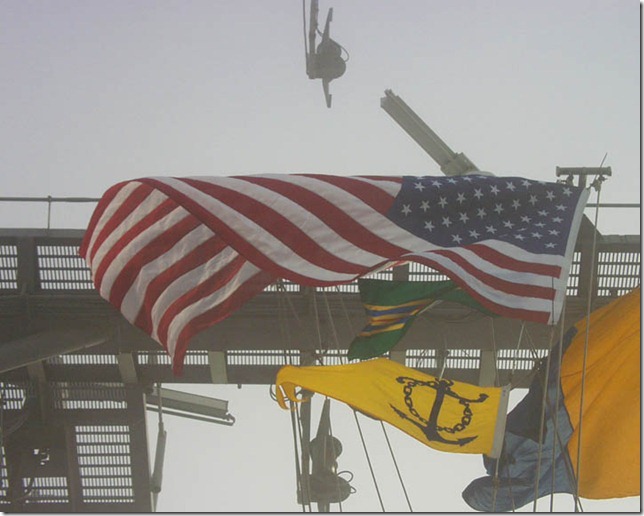 While my course has changed due to unforeseen events, the impact of that ship and ensign weigh heavily in my memory.

I am sad to see her on her final cruise, however it is not as if she is a child only a few years old.

*Or words to that effect.  I remember being in shock when he said Ensign.

**Side note: Most people who get flags flown over the Capitol have flags that were flown for all of 30 seconds.  They just run them up the pole and back down.  That Ensign went up in the morning at reveille and stayed there until dusk.

3 Responses to Once More Unto the Breach