The Minuteman » Unfiled » Favorite Rifle In the Armory…

Favorite Rifle In the Armory…

What is the most fun firearm you own and why? Which boomstick puts a smile on your face every time you take it to the range? If you have another gunnie coming over, which piece from your armory to you ensure you pack in the bag to show off?

You know, I have a lot of fun toys.  All of them put a smile on my face in one way or another.  However there is only one I refer to as my baby.  There is only one that I lovingly look after like a protective father.  Others do experience the bliss that is my baby, but for them it is no where near what I feel settling in behind that stock.

Let me tell the story from the beginning.  You see, when I was about three and a half years old my dad took me to the range with him.  I do not have the luxury of actually remembering this experience.  However my father did.  My father told me numerous times years later of sitting on his lap and lining up the sights to squeeze that trigger.  After which I was grinning from ear to ear.  Which that story does strike me as interesting given when I was little me and loud noises didn’t exactly get along.  I actually cried at the beginning of Top Gun the first time I saw it… At least so I’ve been told.

I was hooked and as time went on, I would shoot small-bore rifle, shooting was in my blood and life was good.  As I began to close towards graduation my dad for a while had been talking about getting me a tack driver as a gift.  When my Uncle came to visit for my Eagle Court of Honor we went to the range.

This range also had the added benefit of being a gun shop.  My dad and I both had an idea of what we were looking for as the start of the rifle.  After we were done shooting for the day we went out to do some browsing for the rifle that would become my gift.

There was a Savage in .308, don’t much remember the exact model, up in the rack, I handled it and said, “It’s O.K.”.  My uncle (no relation to this uncle) and father just shook their head and said, we can get a much better tool than that.  I was raised in a family who never skipped when it came to tools.  Buy the best you can afford and don’t go cheap.

The guy behind the counter asks, “so what exactly are you looking for?”

He cracks open the catalog, starts thumbing through it and then asks, “What caliber, .22-250?”

His reply, “Good lord, what are you going to shoot with that.”

This next bit put a smile on my dads face, without missing a beat I said, “Two legged varmints at 500 yards.”

The guy behind the counter kind of chuckled and he delivered to us the cost for the base rifle.  We were now working on a plan and how it would be done.

Two weeks later we go to the WAC gun show in Puyallup.  We meet a local gunsmith who specializes in custom rifles.  A man by the name of Brett Evans of Northwest Armswerkes.  My dad gets his card and we meet up with him later in March.

We walk through the list of requirements and he begins to spec out a rifle.  A rifle that is not like any other.  A rifle that will be most assuredly mine and one of a kind.  It will be a Remington 700 action, but under the hood it would be anything but stock.  Due to popular demand though my rifle wouldn’t be finished for a while.  For you see there was a long line of people in front of me.  Good things however come to those who wait.

I met up with him mid-summer once he had all the parts in and did a few final selections on things that were choices.  After that he was off to the races.  At this point though I was off to college.

Originally, my destination was Huston, Texas.  That however like most plans, did not survive first contact with the enemy.  In this case the dean of admissions at Rice, University.  That is a different story for another time, suffice it to say I will never send my kid there and with the attitude I got from the admissions dean and her office staff informed me that was a school I wanted absolutely nothing to do with.

You know, they say most things happen for a reason though and I’m reasonably sure someone had a hand in that.  For you see when everything fell apart I defaulted to the University of Washington.  It was close to home but whatever I was in college. Come about 4 weeks into the first quarter though my dad was on his way into surgery.  Where?  The UW Medical Center.  It made traveling to see him much easier than if I had been in Texas.  The bad news was the cancer had attached itself to things that couldn’t be removed by the time they got there.  They had to remove a decent amount of the pancreas, but not all of it could go, some of it was attached to the descending aorta.  He began chemotherapy immediately.

Two moths later it was Christmas time, which also means it was in the same time frame as my birthday.  On the morning of my birthday my dad said we were heading out to Brett’s.

We arrive at Brett’s and it’s like I’m 6 and it’s Christmas morning all over again. 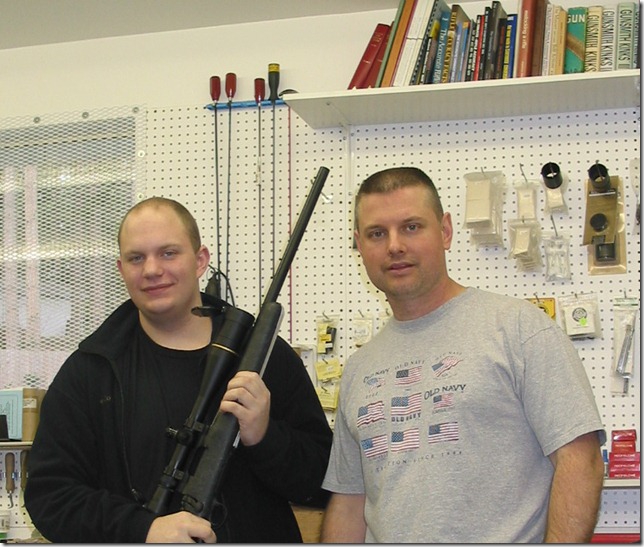 I know, it’s amazing, I still had hair on the top of my head and I was so much thinner! Brett gives me a run down on the rifle. Maintenance issues I need to do. Properly breaking it out of the case to use it, there’s a reason there’s a torque wrench with it. Using the 1907 sling and properly snugging it up.

Four day’s later I’m gifted a pile of ammunition to match the rifle. 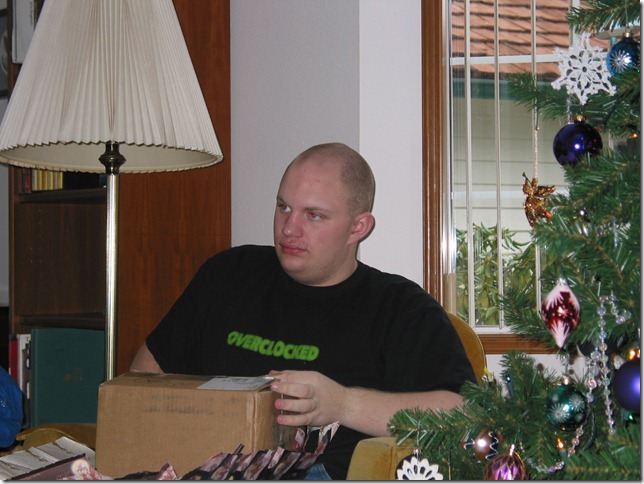 Sadly my father would never see his last gift to me fire.  That summer he was still undergoing chemo and we never made it to the range.  I was able to make it to the range once with a friend just before he passed away.  I brought home the 5 shot group that was about an inch and a half in size from 200 yards.

He grinned from ear to ear.

I have a few things on the rifle that have changed from it’s a original configuration.  I have since put a Mark IV scope with a TMR reticle.  Last year I had intended to have the stock changed too, but alas finances stopped that plan.  Hopefully come this winter I can take it to Brett to have that work done.  If my dad had known what HS-Precision would eventually do, there is no way that stock would have gone on that rifle.  The heart will always remain.

I still shoot my baby, the first year I went to Boomershoot that was all I really had.  It performed well and I was taking the small bastards at 700 yards.  I still do.

For me though, especially with that rifle, shooting is quite Zen.  Noise fades away, all I hear is my own breathing and pulse.  My attention is focused on those cross hairs, and every time a shot breaks I hear my dad telling me to call it.

Yeah it holds a very special place in my heart and I love that rifle more than any other in my safe.  It also gives me a connection back to my roots that the only other rifle could begin to do is my first rifle a Marlin 915Y .22.

Thanks’ again dad.  It’s the best gift you could have ever given me. 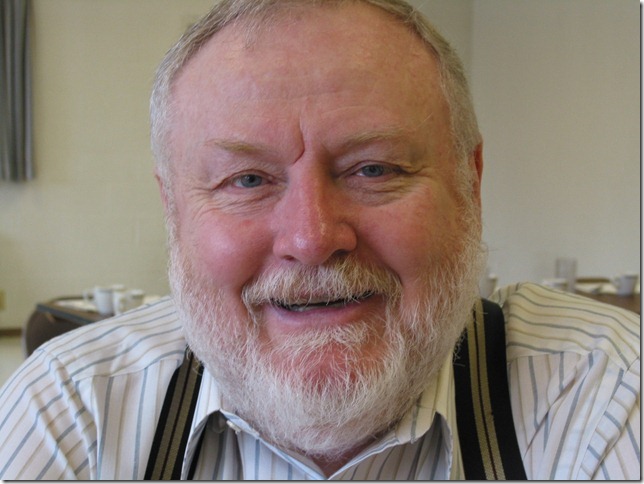 *It came to my attention as I was writing this my dad never had his picture taken with me and the rifle.  I am reasonably sure I know why he never handed the camera to Brett.  It never occurred to me at the time to do it.  My dad’s invincible right, nothing will stop him… Yeah fuck you cancer…

4 Responses to Favorite Rifle In the Armory…