In Which I Forget a Recent Lesson (And some testing)

I still haven’t written up a couple posts from Boomershoot.  It hasn’t been as much laziness as I have had other things of interest distracting me.  From ideas, to projects, to wish lists(migrating the platform for the blog from Drupal)*.

There is one story from Boomershoot I do need to write up.  The lesson though evidently was skipped over yesterday during some testing with Ry and Joe.

You see, after one of the boomers went boom, Ry had a new look. 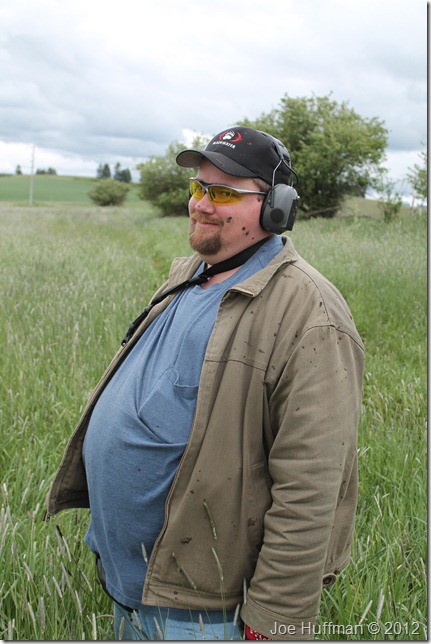 I made the mistake of standing just slightly further back than Ry, not thinking about the amount of rain and how close we were.  I had the same outfit afterwards. 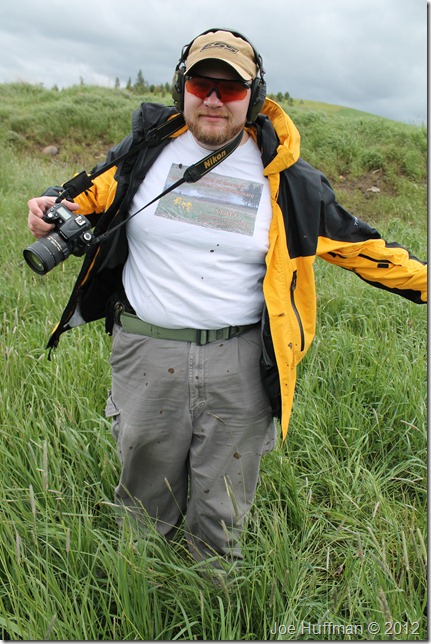 Eventually I will write up a post on what happened at Boomershoot, one of the other reasons for the delay is it will also contain a review of the eye protection I’m wearing.

In this section, I verify that all that Hollywood crap is exactly that.  Ry had a setup to create an arch between two wires with AC.  It didn’t make the primer go boom.  Joe had another idea using DC to make the primers go boom.  Stuff got warm but still no joy.  Then by luck I inadvertently made the circuit pass through a piece of metal in the primer construction.  That turned into a light bulb filament.  I attached a primer to it, rigged it up and gave that a shot.  10 seconds after connecting the battery I hear a pop.  So heat, not electricity makes the primer go bang.

So they go bang, but not enough for solid computer control.  Well we still have the question of will boomerite go off?  Put it in the bag of boomerite, wire it all up and it was the most anti climatic thing I’ve ever seen.  The pop was so faint I could hear the conversation between Ry and Joe who were further away than the primer.

So primers were a bust, what about the lift experiments for getting a good fuel air mixture?  I have video for that, and everyone likes vide!

This is probably one of the more interesting stills from the testing. 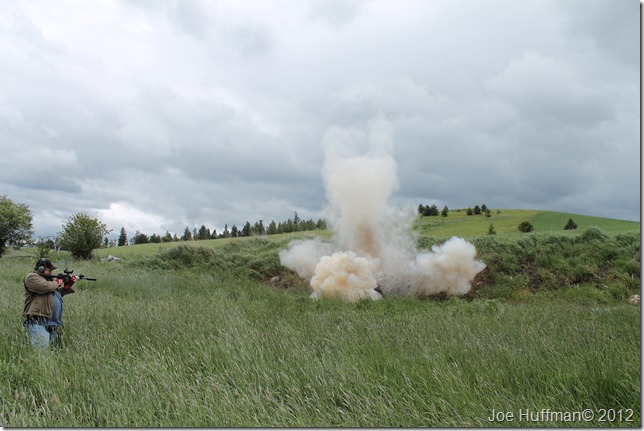 You can see the water vapor form the lift, this was with ground under the targets.  Ry also had some targets with bags of water underneath.  I’m not sure it really made a difference, though it’s hard to tell with a sample size of one.

We have a new target type we’re seriously considering putting out for the shooters.  This year things were a bit more difficult that usual.  Target distribution didn’t end up in the amounts we would have preferred.  This resulted in a lot more 4 and 3 inch targets on the hill than we would have liked.  Believe me, I don’t like it when that goes wrong.  I made a nice quote of the day that made everyone chuckle but no one remembered to actually blog it… yet another story to be told about this year. 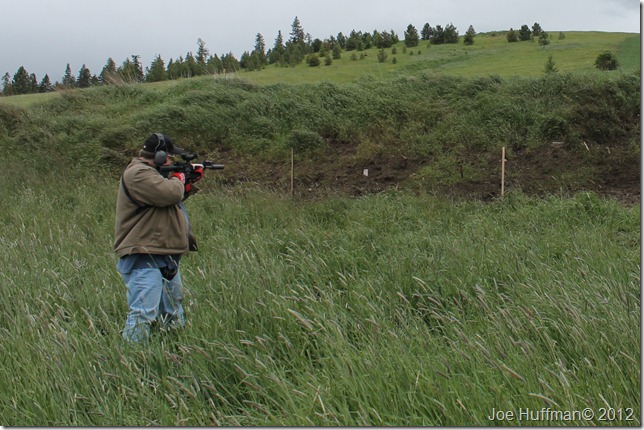 The tubes though are 1.5 inches in diameter (inner) and 4 feet long.  We figure we can put them horizontal or vertical.  Either it will require precision on at least one axis to make a successful hit at distance.  Personally I think they’d just be fun.  Yeah you want to get a boomer, but if it was easy that wouldn’t be saying much now would it? 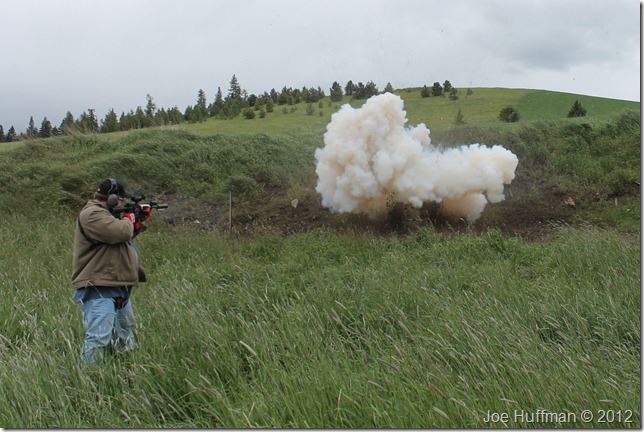 *I’m in the beginning stages of investigating moving from Drupal to WordPress.  The latest version of Drupal is lacking a bunch of the features I want that help me with my blogging.  I could write and build the features I need but I don’t blog as a forte into working on the computer.  I have enough other projects that the last thing I want to do is work maintaining my website.  The migration however has me a bit nervous mainly because I don’t want to break any incoming links for other sites to material I’ve written here.  I think I have a solution to the issue, but even then it will probably take me about 48 hours to rip apart the databases and port the content to WordPress.  I have a VM I am using as a testing area currently and I’m learning what exactly is going to have to happen and how to do it before I bite off more than I can chew.