The Minuteman » Personal » On Brotherhood… 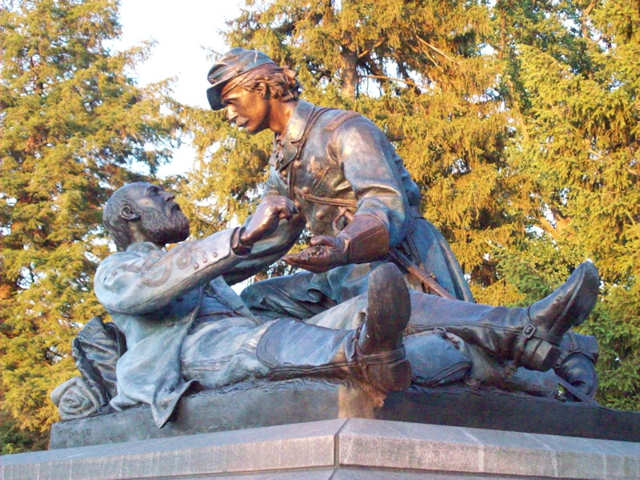 Some of you will know exactly of the brotherhood of which I speak, especially those of you who are brothers I’ve met in person, many of you may have no clue.  This past weekend was a reminder of just how deep that brotherhood goes.

I received an email Friday from a man whom I’ve never met.  A brother from my lodge responded to this man’s email by giving him a call.  I was informed that the two of them would be meeting at the lodge at 1745.  I arrived 15 minute early and opened the place up and reread the email from this man I had never before met.

I heard this man and my Junior Warden approach the lodge, I stood up to greet him and asked him to take a seat.  At this moment I saw what a man obviously heart-broken, torn, and otherwise a sad miserable wreck.  He was bloody, disheveled, at this point, as I would find out, homeless for his current locale and honestly at probably one of the lowest points in his life.  Worse, all I knew at this point was what he had said within the email.  A paragraph that basically stated that he was from out-of-town and visiting to bury someone who was very close to him.

Here was I sitting across the table from him, didn’t really know him personally, but he was looking to me for help.  Before we really began there was an exchange of information, proof he was what he claimed to be, my brother.  As we began chatting he said a phrase, one quite distinct and familiar and I realized at this moment how serious this was.  I asked for moment so I could send a text message.  I told another friend and brother what I had just heard and he immediately left work to assist.  None of us knew exactly what we could do so we listened.  Personally I did what I do best, listen, think and try to provide the words as best I could to help him grieve.

He hadn’t really talked to anyone in a week since first receiving the news.  He spoke for an hour straight without us really saying anything.  He vented, he poured out his soul, expressed the feelings he evidently hadn’t been able to express to anyone else.  I obliged him in every way I could.  Including calling my wife and telling her how beautiful she was and that I loved her.  I’m not complaining, it’s true, but it shows just how hard this blow had been.  As the stories started the brother who initially called him needed to leave to tend to his family.  Myself and my other friend continued on.

My wife after leaving work picked up some food and brought it to us.   This was evidently the first time he really ate in days.  As time went on we were able to move on to happier stories.  Stories from our misspent youth, of happiness, one line quips, and jokes.

After my wife left after dinner we started walking down the path of his grief again.  This time in a room that every brother knows quite well.  We began discussing his travels, differences between lodges, customs, and how things are done.  Then he asked a question, one I was more than happy to oblige, and recited the charge from when lodge is closed.  It was fitting.  It was one of many reasons why there were two men sitting in that room with him and neither one of us was going to walk away and leave him.

We continued on for hours.  Finally we decided to break.  My friend went home to his college fraternity while I took my new-found brother home to sleep on my couch.  He could no longer stand to sleep in her house.  When we got home I went through my library to find a few books in particular to help him.  I handed them to him and told him if he needs anything just ask. 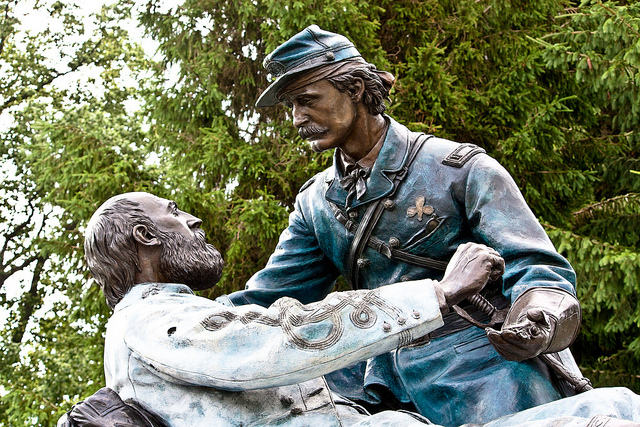 Evidently he didn’t really sleep much that night, hadn’t at all for the previous week.  We talked a bunch more.  I told a very personal story that very few people know, one I use to help people through grief and loneliness.  Took his bloody clothes and got them in the wash and cleaned up his hand again.

We spent the morning telling stories and watching TV, shows and movies from the lighter side.  Movies where things are destroyed and bad people get shot in the face.  From time to time we’d chat outside while he, “He continued his personal experiment in smoking causing cancer,” which he began 6 days earlier.  I preferred him seeking out nicotine instead of alcohol.

Eventually we went out to lunch.  I drove over to Moscow to CD’s so I’d be in familiar place with friends who could help if necessary.  CD’s was full of its normal lively banter though there were a few moments where the grief caught up to him.  My friends did exactly what I expected them to do, make sure life was good and see if there was anyway they could help.  It felt good to know I had plenty of people behind me to help me help him if necessary.

I had to convince him to get down a pork rib.  This is CD’s smoke pit, you should just want to devour that stuff, but he was back into the no eating stage.  As we left I nodded to my friends and said thank you.  I’ll need to swing by again this week to fill them in.  We began to head towards Palouse to get his car and other belongings.

I don’t know what happened prior to him reaching out to the lodge but I got to play mediator.  Didn’t think twice about it.  I had a nice chat with her father, explained quickly what was going on.  The conversation was straight and to the point.  I left her father to grieve and grabbed my brother’s things.  Hopped in his car and met him a block over.  He followed me back to my house when there I filled him in on the entire conversation and what had happened.  Overall he was happy with what I told him, relieved in fact.

We watched more movies.  Introducing him to movies he hadn’t seen.  Continued to chat and laugh and slowly he began to ease in and out of sleep.  Finally he realized he was crashing and said he was going to go to bed.  The wife and I did the same, evidently he slept through the night for the first time in a long time.

I woke up Sunday morning the wife and I neither wanted to be active but when I rolled out of bed he was gone.  His things were left but then I found a note.  He got up to go to church and wanted to take us out to lunch when he got back.  Janelle and I took this as an opportunity to get some things done through the house.

We went out to lunch, stories continued.  Slowly I saw the light coming back into his eyes.  When we got home we chatted some more and then started down more movies he hadn’t seen due to being over seas when they came out.  Most notably, Zombieland; Rule #32: Enjoy the little things.  We watched The Man Who Would Be King, mainly because it’s a story of two Brothers and their adventure to become kings of Kafiristan.  Most notably though he ate both lunch and dinner without any real coaxing.

This morning we went out to breakfast, said our good byes and parted on the Square.  He was headed to the airport to head home.  He looked like a man again and not the broken resemblance of one that knocked on the door of the Lodge only 2 and half days earlier.

Many would be at a complete loss why a man in his position would seek the comfort of someone he’s never met.  They do not understand the bond forged within that room that ties us all together.  They have never encountered the lessons taught within that lodge room.  We’ve all heard the lessons, sometimes though we may lose sight of them.  Sometimes during life’s trials and tribulations you must seek out a brother to help you find your way.  Sometimes a brother finds you as a lost and weary traveler.  If you find yourself in such a situation, pick him up, carry him, and help him find his way.

May you find your peace my brother.

Faith, Hope, and Charity, the greatest of these is Charity.  For Faith may be lost in sight, Hope may end in fruition, but Charity extends beyond the grave through the boundless realms of eternity.

10 Responses to On Brotherhood…