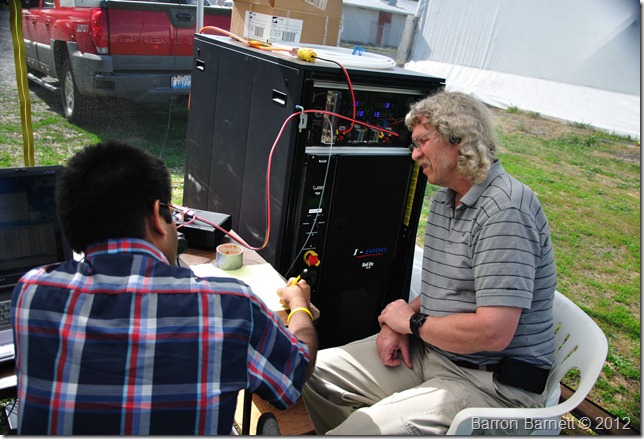 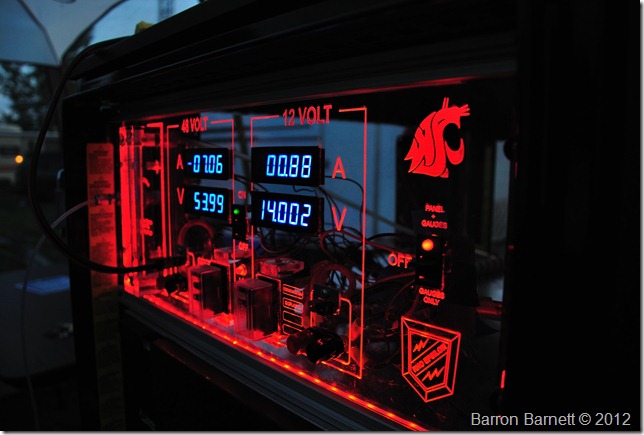 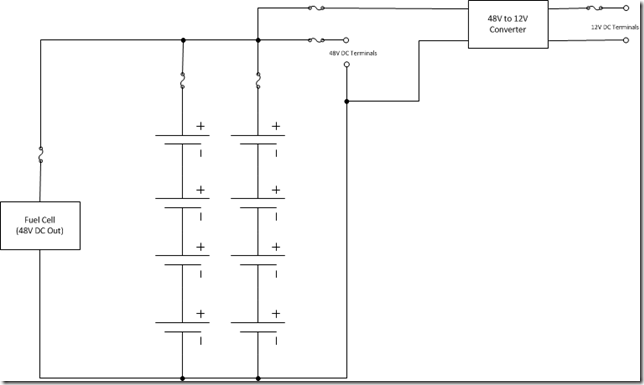 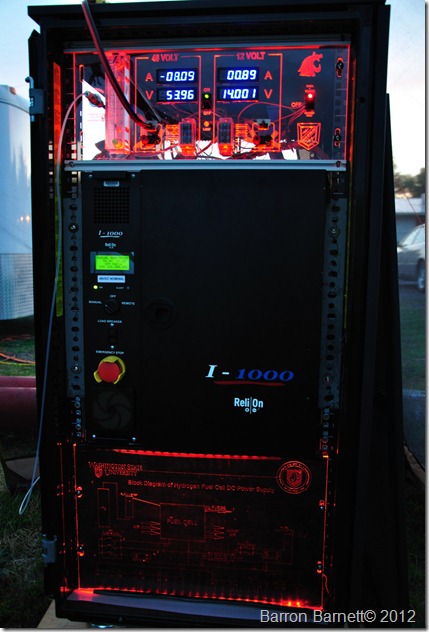 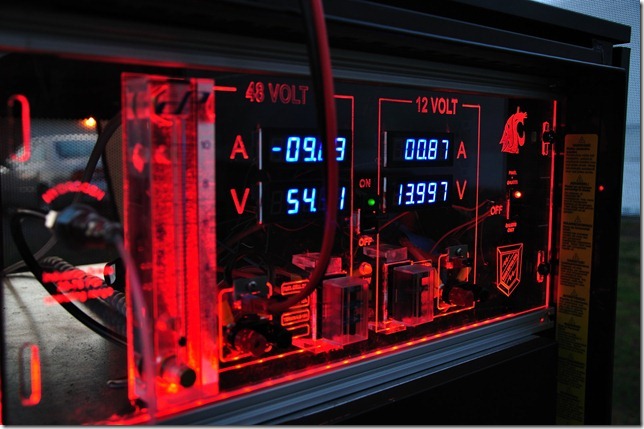 So we had a minor hiccup with field day.  Our station is currently off-line and we are sitting in the trailer chit chatting. 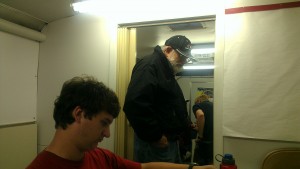 Now why would we all move inside?  Well this doesn’t fully show what’s wrong but probably gives you a solid idea of what’s wrong. 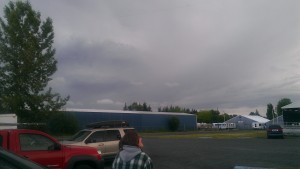 It was making loud noises and flashing through the sky.  It just recently stopped hailing.  We disconnected everything and lowered the stepper antenna for safety.  We’re just now slowly starting the system back up.

So this interruption was brought to you by mother nature and we are now returning back to our regularly scheduled program.

I’m spending the day doing field day with the local ham radio club.  We actually have a hydrogen fuel cell that we’re running all our radios off of.  We spent a chunk of the morning hooking and setting up antennas including a nice Stepper IR that was donated for use during field day. 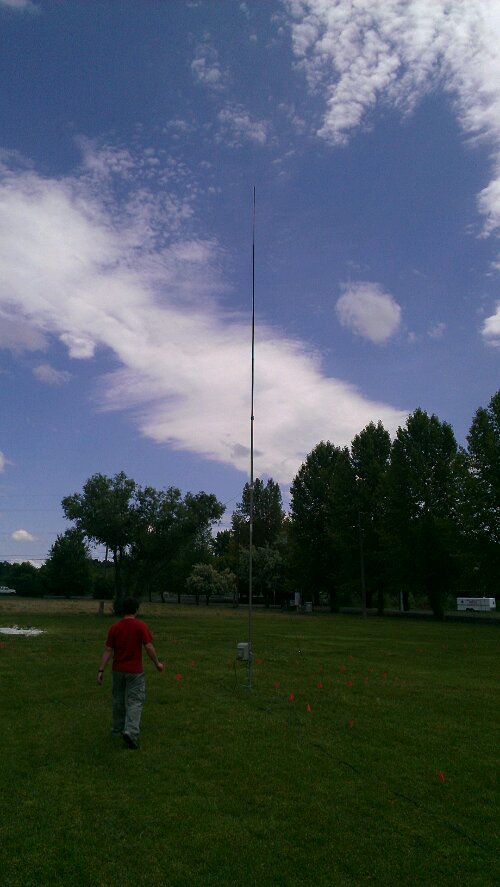 It took us a lot longer than expected to set that bad boy up.  We were having SWR problems and we’ve been trying to debug the issue.  First up was checking all the connections and we discovered this in one of the connections. 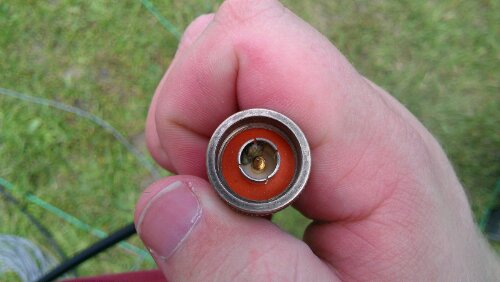 That however wasn’t the problem.  The SWR was still way above 3.  What else could be the problem.  Well we bypassed the 80m tuning coil and bang, SWR dropped to 1.  I think we found the problem.  At that point it was time to grab some lunch and now I’m working on logging while my compatriot runs the radio. 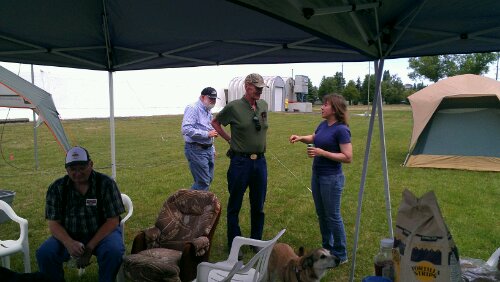 I’ll be busy until late tonight.  If you’re a fellow ham and you hear KD7PH, feel free to send a shout out. We’re going to start running some of the digital modes here in a bit but were running phone now.

It is nice being able to run that Stepper IR thought anywhere between 40m and 10m.  We haven’t tried running 80m since we pulled the coil but so far if we can hear them we can work them.  All running just measly 100 watts.

We just bumped to 15 meters to see how things will run for now.  I have to say I would like to get one of those for my house, the thought of the cost though doesn’t have me running to buy one

It is nice being able to do all this in an air-conditioned trailer.  Even though storms rolled in, the heat’s still pretty high and the humidity has gone up.  It’s going to be a fun day.