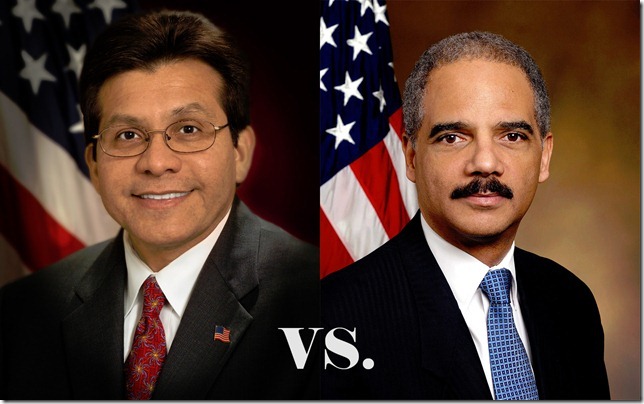 So if you didn’t read it, a couple of months ago I wrote a root cause analysis on the causes and reasons behind Operation Fast and Furious, also known as Operation Gun Walker. 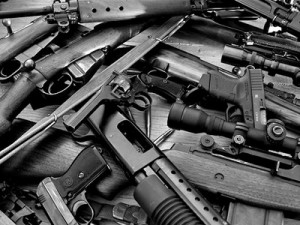 Today Uncle posted a link to an article from CBS that stated the following:

ATF officials didn’t intend to publicly disclose their own role in letting Mexican cartels obtain the weapons, but emails show they discussed using the sales, including sales encouraged by ATF, to justify a new gun regulation called “Demand Letter 3”. That would require some U.S. gun shops to report the sale of multiple rifles or “long guns.” Demand Letter 3 was so named because it would be the third ATF program demanding gun dealers report tracing information.

Many have attempted to vilify the gun shops in this case saying they should have just not sold the weapons.  What these people are refusing to acknowledge is the ATF, through their regulatory power, forced these shops to sell to people the would have otherwise not sold weapons to.

Seriously, go read the CBS article, it’s is yet further evidence that validates my conclusions in the root cause analysis.

To add the icing to the cake though, I am reasonably sure the White House was aware of this program given Obama is now exercising “Executive Privilege” over the material.  I have no doubt this was his “under the radar” efforts at gun control.  As Jennifer said, “no one died when Nixon lied.“

What is extraordinary here is that Issa didn’t have Federal Marshalls rip his jacket and shirt off, tie him face down on the table, stuff a copy of the subpoena in his mouth, give him 30 lashes with a bull whip, then tell him there would a whipping every day at 9:00 AM until he fully complied or his flesh had been stripped off and his bones were polished clean.

[Personally I think Joe’s response would have been way too kind.  Give me a bucket, a rat, and a blow torch.  Some assembly required.  If you don’t know how it works, don’t worry about it, it prevents you from knowing how mean, evil, and sadistic my mind can be towards those who willingly endanger my friends and family in the name of destroying my rights.*

Don’t worry Joe, it’s not cruel or unusual.  At the time the Bill of Rights was written lashing was still a standard punishment on the high seas.  In fact so was keelhauling which I think would also be a fantastic venture for Mr. Holder. –B]

*In my defense, I would feel bad for the rat.

Currently Eric Holder is screaming that the cause of guns going into Mexico was because of a “lack of gun control.”  There’s one problem with that though, it is false.  Not only is that statement blatantly false but in light of the evidence, given Operation Fast and Furious, gun control is what allowed those guns to walk to Mexico.  While it may seem humorous and a joke, the fact is it’s true.

I have largely been silent on Fast and Furious for one major reason.  There are a lot of other people covering it better and more in-depth than I possibly could.

To start off for those who are familiar with the term, root cause analysis is something used in engineering to identify problems to come up with solutions that don’t just hide the problem.  Ultimately proper root cause analysis should trace the problem to a point where you can turn the issue on and off like a light switch.  Now we’re going to trace back through the events and find the point where we can turn this issue that would turn this problem on and off.

What was Fast and Furious?

Fast and Furious otherwise known as Operation Gunwalker, was an operation conducted by the ATF under the guise of busting Mexican drug cartels.  This was done by forcing FFLs to complete illegal firearms transactions, purchasing firearms and handing them over to known criminals, and otherwise circumventing current law for criminals.

The ATF didn’t just allow guns to flow into the hands of criminals, but actively encouraged the practice. They purposely cleared transactions that were flagged. They performed the straw purchases themselves, delivering the weapons to known criminals. They instructed dealers to go ahead with transactions the dealers could tell were not “honest”.

Often when agents had followed the firearms they were told by their superiors to let the recipients go and not to follow them.  All of these actions violated existing law, yet the cause, as purported by Eric Holder, was a lack of gun control.

How did gun control cause Fast and Furious though?

The most direct route is the fact that this whole program was done with the mind of expanding gun control.  New gun control legislation and powers were the motivator behind the program.  Even as the program crashes and burns, pushes for new legislation based of the inflated numbers of Fast and Furious keep appearing.  The results of the program were used to force the long arms registry and to bolster support for additional funding for the ATF.

However the actions of the ATF have common threads with different agencies.  It is all a quest for money and power.  So we have to look back further to where the ATF got the root of its power and what allowed them to use this power to try to gain more.

The ATF is responsible for overseeing FFLs and ensuring adherence to existing firearms laws.  The can put a business that works in firearms under faster than any other.  The agency can halt a FFLs license during an investigation which can easily put them out of business.  So when the ATF asks a FFL to do something illegal, there ATF has all the leverage to make the dealer comply.  The only other option is for the FFL to go out of business under the weight of the ATF.

The ATF gained this power and latitude under the Gun Control Act of 1968.  Unsurprisingly allegations of abuse led to the Firearm Owners Protection Act to attempt to rein in the ATF.  The FOPA also stated different registry’s were prohibited from being enacted or run by the ATF, one of which they are attempting in the wake of Fast and Furious.

The depth of the corruption within the ATF and its drive to seek power through runs even deeper back to the National Firearms Act of 1934.  This provided the ATF, which was under the department of the Treasury at the time, the ability to enforce the newly created firearms laws.  This law laid the foundation for what would become the power-hungry space the ATF occupies today.

Both the GCA 1968 and the NFA 1934 are both pieces of legislation made in the effort to regulate firearms and limit their ownership.  The ATF blatantly violated existing laws during Operation Fast and Furious and went through considerable effort to arm and traffic firearms to prohibited persons.  All the while the ATF was clamoring for more gun control.  However many law-abiding citizens were left jumping through the hoops and difficulties of the existing maze of firearms legislation despite the appearance of lax laws created by the ATF.

Conclusion, Gun Control is the root cause

The ATF completely disregarded existing laws and regulations in conducting operation gun walker.  Many of those coerced into participating were in a situation that allowed the ATF leverage over them because of existing gun control legislation.  The ATF during the operation was petitioning congress for more gun control legislation, which it would be responsible for enforcement.

The root cause of Fast and Furious is gun control itself.  Existing gun control legislation provided the ATF with leverage over FFLs to coerce them into transactions they knew to be criminal.  Gun control provided the ATF with the resources and power to organize and conduct the operation.  Lastly, gun control was the root cause of the operation itself.  The operation was conducted in an effort to create a crisis that would warrant the further restriction of firearms.  This restriction would either be that of ownership by law-abiding citizens, or that in preventing new purchase by a law-abiding citizen.

Without the GCA of 1968 the ATF would not have had the leverage over a FFL to coerce them into proceeding with an illegal sale.  Without the NFA of 1934 the ATF would have never been the power-hungry beast it is today.

If a lack of gun control allowed Operation Fast and Furious then violating the law to commit a treasonous act of war against a friendly neighbor is lacking in laws as well.