So on Wednesday after the funeral the wife and I decided to hit up a couple places in Spokompton while we were there.  First on the list was the Dry Fly Distillery.

We showed up just as they were about to start a batch of Washington Wheat, which comes highly recommended by the way.  Even the wife drinks it straight.  I have known about Dry Fly for a while but I only knew about their Vodka and Gin.  At GBR, one of the bloggers brought a bottle of Washington Wheat, there was nothing left in the bottle by the end of Saturday night.

They had their hours listed online but we showed up at just the right time because one of the owners (sorry I forgot the name) was utterly awesome and gave us a quick personal tour.  It was quick because process for grinding the wheat and making the mash is quite loud.

He gave us a rundown on the process and explained how they do their distillation differently than most other companies, and the key is this: 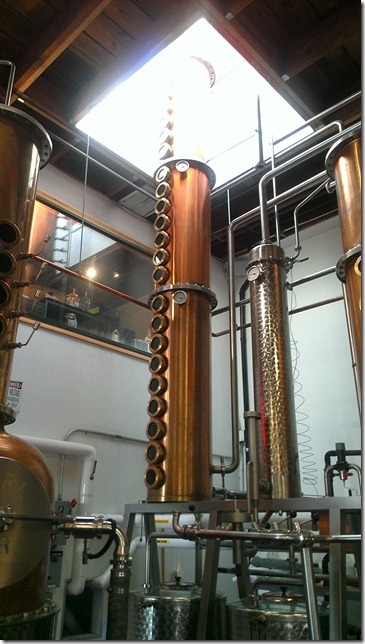 Most companies will distill the alcohol over and over to achieve the correct purity, instead they have a quite long tube for condensing so they can dump the top and bottom and keep the middle.  Yes that thing is huge. 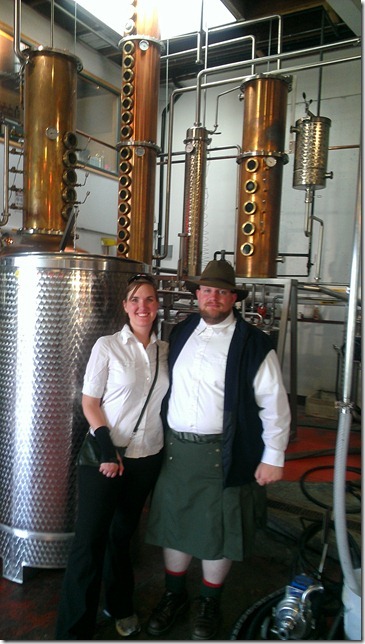 After he walked us through the distilling process for their gin, vodka, and whiskey, we went to the back where they age the whiskey in barrels. 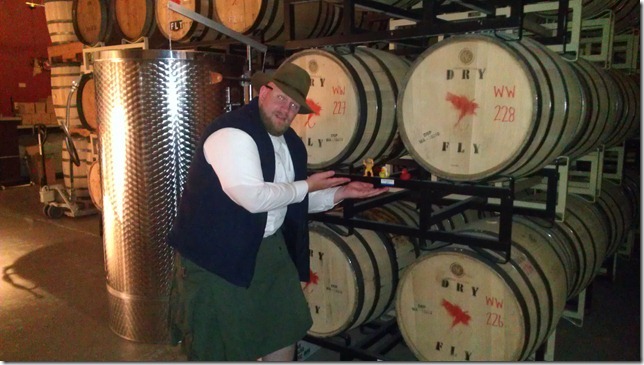 It ends up they have additional whiskey types coming out this December.  Currently you can get Bourbon and Washington Wheat, there are two more coming and one will not have any equivalent like it in the world.  They are the first to use this particular seed for whiskey, yes I am excited!  And yes I want one of those barrels!

One of these weekends the wife and I will have to go so we can get a more formal tour, I am awesomely impressed though that the owner went out of his way to give a tour!

From there we hit up Cabela’s.  We had a few things we needed to pick up so we decided to walk through and grab what we needed since we were there.  First up, proof we’re winning! 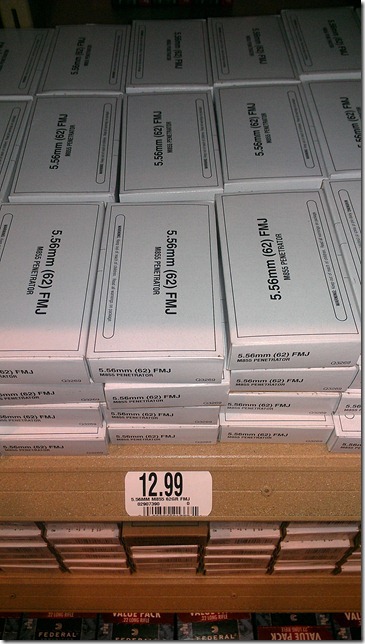 Now I wouldn’t pay that much for a box of M855(SS109), but still the fact they’re front and center at Cabela’s, that’s awesome!  We found a pile of new shirts for me and the wife picked up a new bed set.  On our way out though was this piece of awesome! 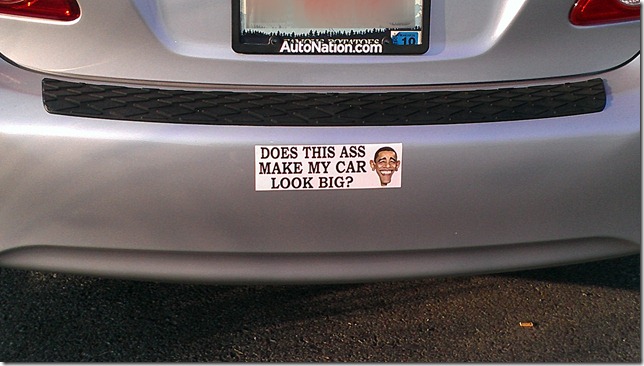 Yeah, this wasn’t surprising considering this was again at Cabela’s and in North Idaho, it was actually kind of expected, but down right awesome never the less.

But what really makes me smile is it is hundreds of miles from the nearest major airport with the nearest stop light nearly 40 miles away. Yet, almost for certain, Boomershoot has a bigger turn out that any Brady Campaign event. — Joe Huffman

People come to Boomershoot from all over. I drive an 1.5 hours every day for the 4 days I help from where I live. One of these years I’ll break down and just camp. It just further begs the question though, what do the Anti Gunners have to offer?