This morning, around 0845, the hubby texted me about a rolled semi just as you enter our little town.  I found out some more information from him and then around 1000 ventured out with the camera to check and see if the truck was still there.  Sure enough, there it was. 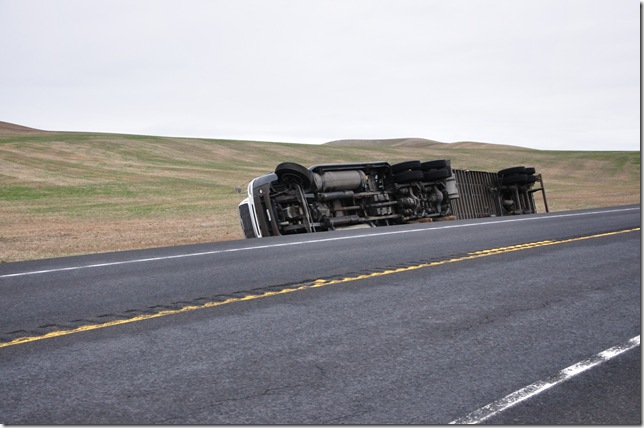 Shortly after my arrival, a wrecker came to the scene and parked.  I decided to stay and see the proceedings of removing the truck.  I snapped some more pictures and waited. 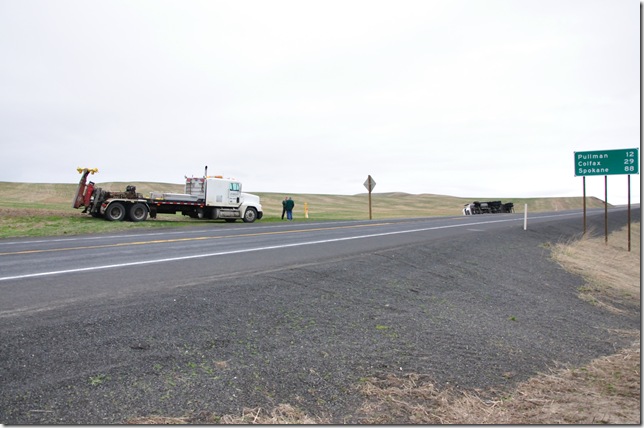 And waited some more, periodically snapping pictures as a couple men walked around the truck examining it and deciding what to do while they waited for more help.

Eventually some additional crews arrived, this time with a fork lift.  They were unloading the rest of the rig’s payload. 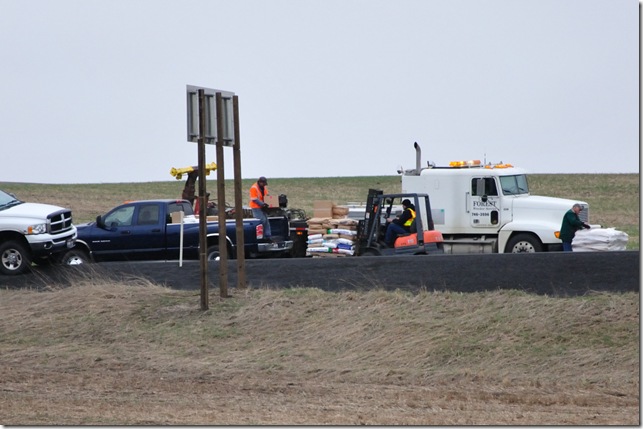 While waiting for something more interesting to happen, a fellow ham operator and town local came by to see the progress.  We got to talking and he informed me that the accident occurred around 0600 and luckily there were no injuries.  The cause of the wreck, however is unknown.  Also, there was a semi parked alongside the highway over night and the accident occurred just behind it.  Good thing the wrecked semi didn’t collide with the parked one.

At around 1245 a WSP arrived on scene and I noticed down the road a bit, and slightly obscured by a hill, was another wrecker of sorts waiting for instructions. 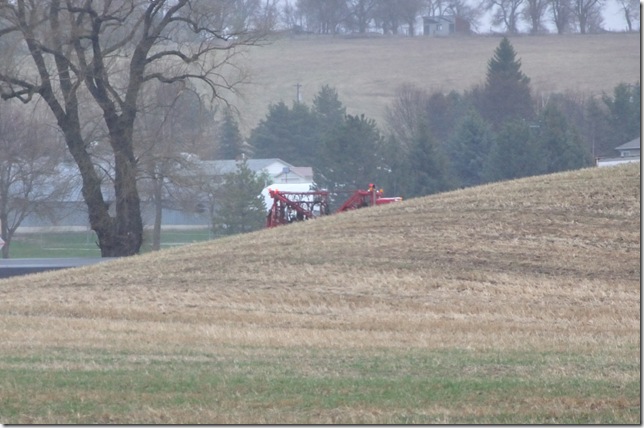 As 1315 approached more crews started to arrive, such as flaggers and a third, smaller wrecker.  the larger wreckers were getting turned around so they could soon get into position to pull the rig up and out. 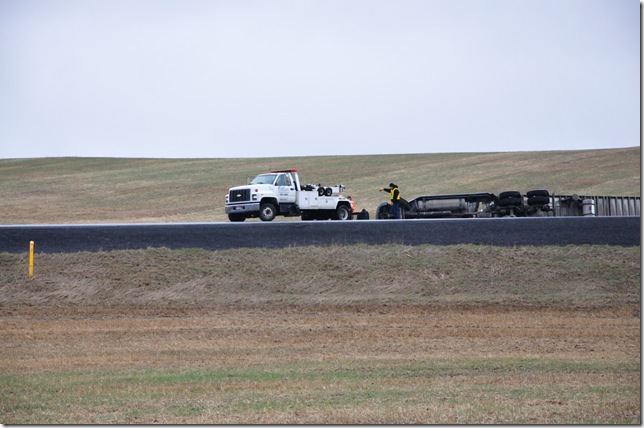 Finally the moment arrived, about 1330, and traffic was stopped.  Some vehicles decided to turn around and head down the road paralleling the highway to get around the wreck, while others just patiently waited. 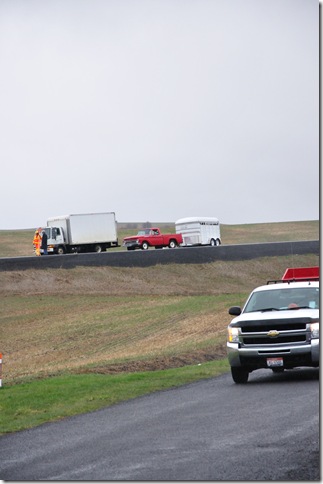 The wreckers moved into place and then out came the cables to be attached to the truck.  The first order of business was getting the truck up on its wheels.  While the big red wrecker helped stabilize the rig, the other two repositioned to start the process of pulling the rig onto the highway. 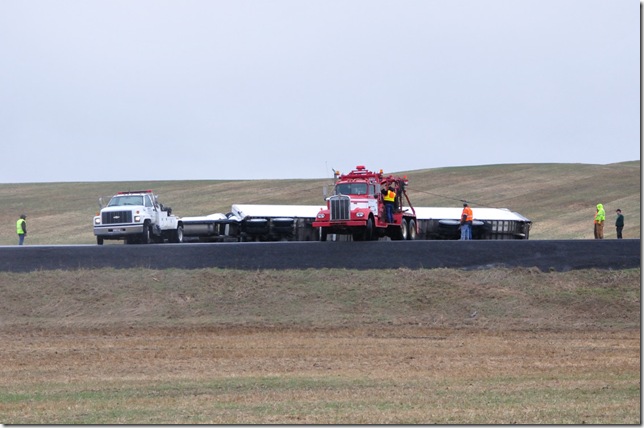 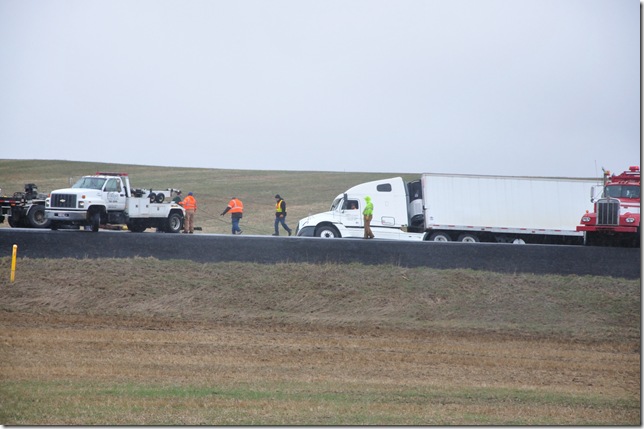 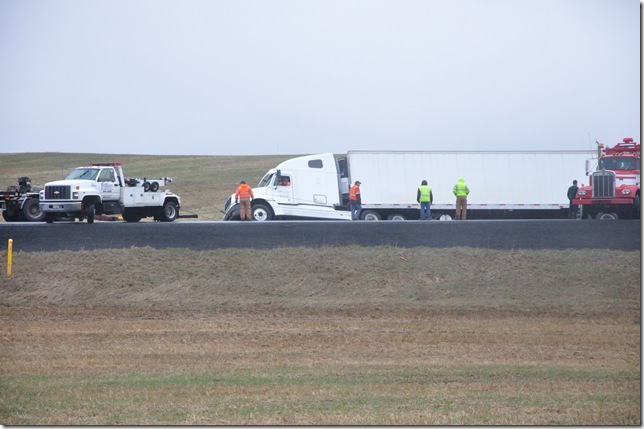 After slowly moving the truck, the cables needed to be repositioned as the truck came up the small embankment it rolled down.  Inch by inch, foot by foot the truck was position on the highway and the cables, save one, was removed.  the original wrecker stayed attached and slowly pulled the semi down the highway into town.  At this point, I decided to head home 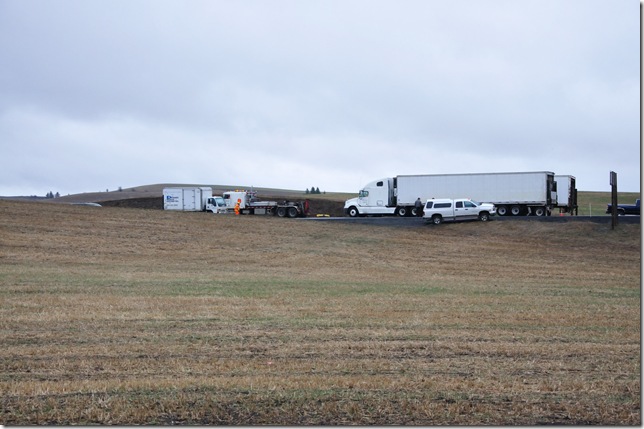 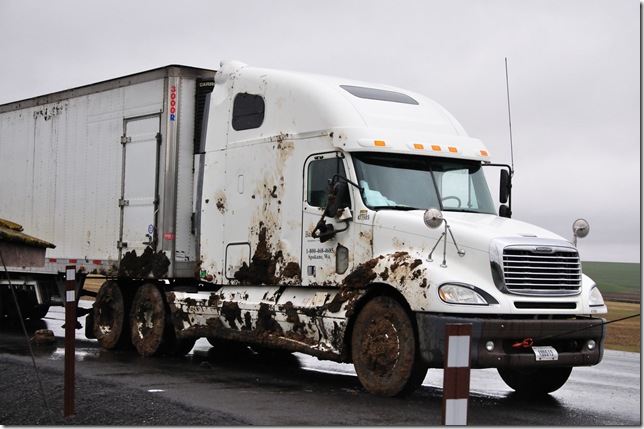 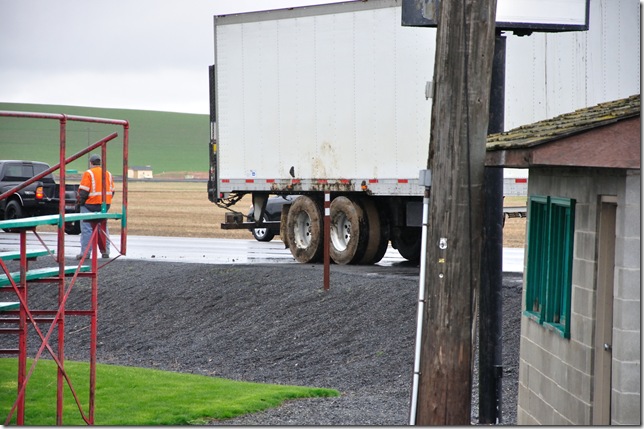