The Minuteman » Unfiled » A Vigil for the Victims of Violence

A Vigil for the Victims of Violence

The Brady Campaign announced an effort to hold a candle light vigil in honor of the victims of “gun violence” today.  Weer’d came up with the idea of holding a vigil for all victims of violence.  Weer’d suggested we do this by having us post pictures of a candle with our defensive arms.

First up is a friends S&W 5906.  He didn’t have a good camera and lives down the street so he came over tonight and we just did all the arms at once. 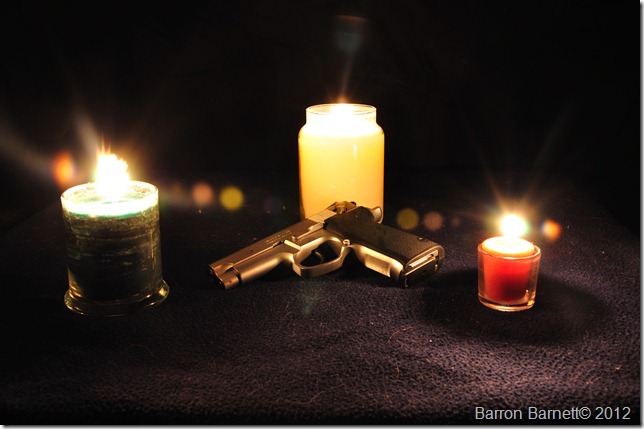 I followed that up with my standard open carry arm.  A 5 inch Kimber Custom Classic. 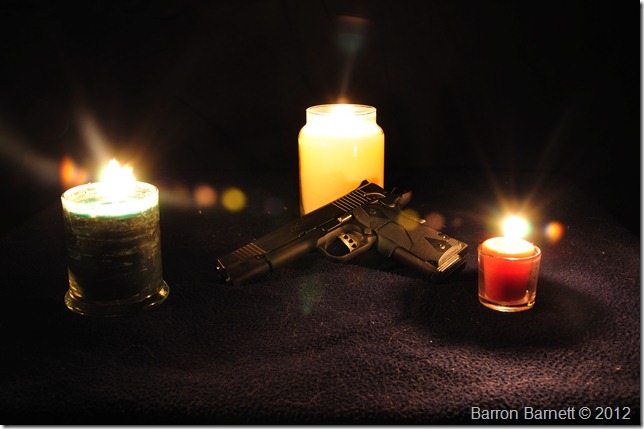 Away from the house, that arm is the equivalent of a portable fire extinguisher.  It is used for when evil decides to appear.  Evil doesn’t call in advance to let me know trouble is coming.  It is a tool that I can carry with me to help protect myself and my wife. 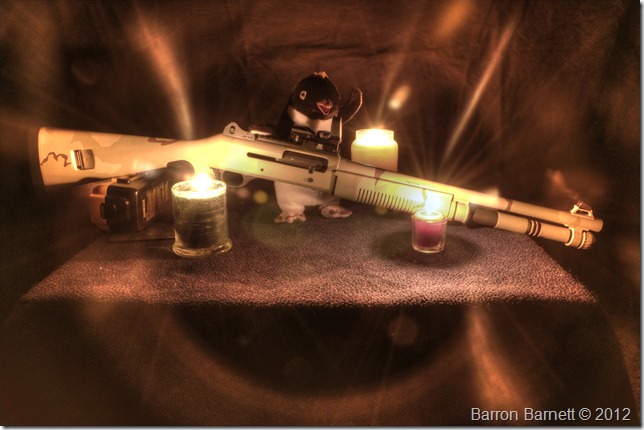 This shotgun is one of the two defensive long arms for the house.  I normally carry my 1911, but when something goes bump in the night this is one of my go to weapons.  Enough power I know that those who wish to do me violence will stop in their tracks after meeting the lead. 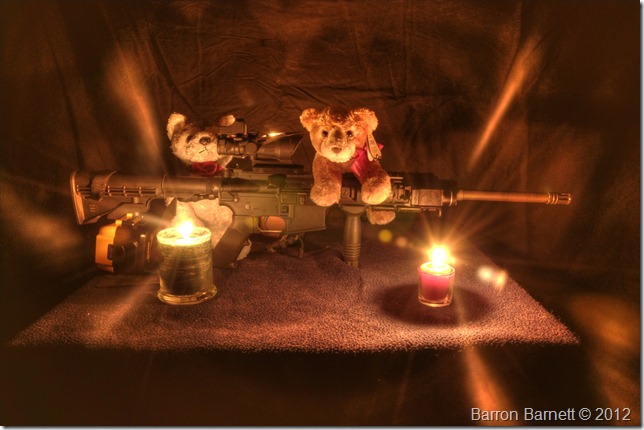 The AR-15 makes a fantastic home defense weapon. With the weapon mounted light, it’s higher accuracy and higher capacity provides me the largest advantage against those who would wish to do me or mine violence.  It will protect my wife and my self equally well despite who has shouldered it.  Hence the Husky and Cougar both in the image.

Lastly there is this image. 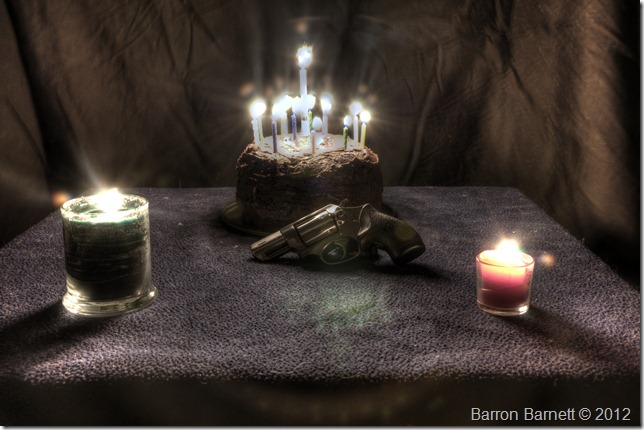 The most significant of the bunch.  That revolver, my wedding present to my wife, provides her the ability to stand up to any attacker who would do her violence.  That revolver allows her, despite her disability, to say NO with such force that they will lack the capacity to do violence to another.  She has the ability to stop the violence against her and in ending that violence she has the ability to ensure the safety of others by preventing violence against them as well.  She carries it with her, today on her birthday, to ensure that she can stop violence when it comes her way.

That’s the thing with firearms.  While they can be used in violence, they can be used to stop violence.  They can do so without a shot ever being fired.  The gun grabbers though would beg to differ.  They seem to think a criminal will stop if you light a candle and hold it.  Both of my parents had defensive gun uses without a single shot fired.  Violence stopped in it’s tracks at the presentation of overwhelming force.  Overwhelming force from the potential victim of the attacker.

Remember, there are victims of gun control.  When a mass shooting happens in a gun free zone everyone’s a victim of gun control.  Those candles forever burn in my mind as a reminder of them, and why I vehemently support the second amendment.

Again please email me any pictures you would like posted: vigil.picture at the-minuteman.org