On Wednesday, February 22nd I showed up to the Palouse Hills Amateur Radio club meeting early.  I was there to take the extra class exam for a 3rd time.  Man is that test a bitch.  I finish the test in about a half hours time then anxiously awaited the grading process.  After a few minutes one of the VE’s grading my exam gave me a thumb’s up.  I immediately yelled “WoHoo!”  That got everyone’s attention.  I passed.  I FINALLY passed the damn exam!  I am proud to say I am a newly minted Extra Class amateur radio operator.  The next step is applying for my vanity call sign followed by a new license plate for my Earthf*cker Lite.  The husband can “Now Shut The Fuck Up”. 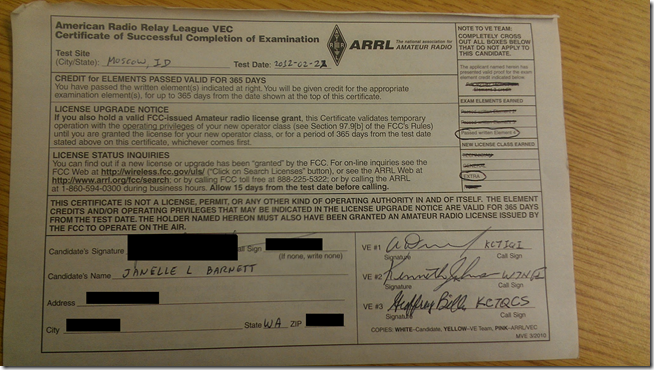