The Minuteman » Unfiled » A Quickie…

Came home to get a shower tonight after getting soaked on the water today.  I am working on getting pictures copied, I left my SD card reader with the guy I’m staying with on the road.  So I’m trying to use my built in SD card reader which appears to dislike SDHC cards.

So a quick recap in text form with pictures hopefully coming here soon.  After this I’m redoing my laptop it needs it.  I do have some pics from my phone however so I’ll fill with those in the mean time.

Yesterday was uneventful.  I discovered the most awesome gas station in the world exists in St. Maries Idaho. 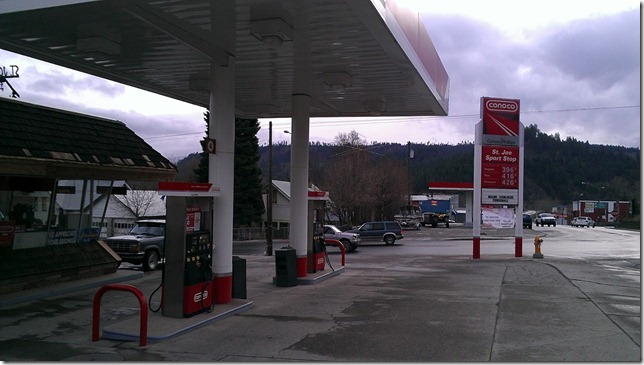 Looks normal right?  Check out the back part of the inside. 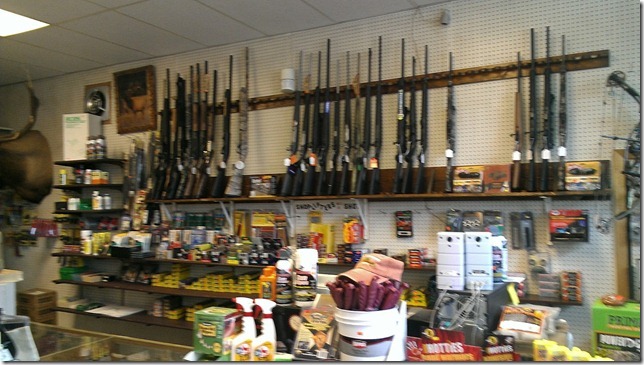 I had no problem getting along with the locals up there.

Two legs were run without any real activity.  I hooked up a equipment trailer and hauled it through scenic Idaho for the administration. 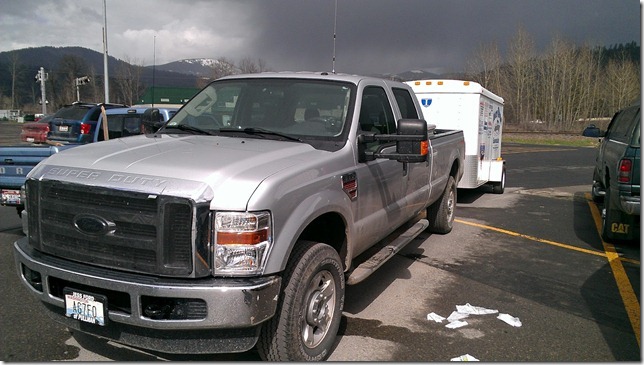 Got into Lewiston and had a long meeting for boat assignments.  I got a call last night that the EMT I was with was going to join us for the rest of the races.  He hopped in my truck at 0615 this morning for the ride up.

There were a few interesting stories which will be expanded on later.  My wife handled a very bad situation today quite well.  I will let her tell that story.  I’m glad to say she did me quite proud with how she handled it.

There was another incident however that I can go into now.

In the middle of the race I catch over .54 simplex that there is someone in the parking lot of Heller Bar threatening to ticket everyone who doesn’t have some pass.  Most of the staff (all volunteer mind you) that are on the upstream leg are parked there.  How we discover this is he harassed the shore station who stationed there and intimidated them into moving.  So we lost our backup communications in Heller Bar because someone felt like getting his “Authoritah On”.  It is discovered this is an individual for WADFW and he then harassed the Communications Director’s wife as she attempted to make a sandwich (I was unaware of this slight until later that night at dinner).  Attempts at the time to get this official’s name fail.  He disappears and is obviously irritated.

We finish up the races and head back down stream.  I discover that I do not have a ticket but thankfully a warning basically saying, “Next time I give you a ticket.”

I pack up the truck and the three of us head out and back to Hell’s Gate for the comms debrief.  As I drive back I pass a DFW truck that then pulls out behind me.  Immediately I go, “Oh, was that who I think it was?”  My EMT who heard the BS earlier says, “I think it was.”  I pull over and let him pass and immediately take pursuit.  At this point I’m not sure of who he is so I start in on the radio.  The license plate was copied earlier but was not immediately available for our comparison.  It is confirmed that it was DFW.  I think, “Well how many of those ass hats can there be in this area on a Monday.”

At this point I decide I’m going to need to make contact.  I stay on his ass, my copilot, another ham who rode up with me takes a couple pics to make sure we have a copy of his license plate for comparison later.  I don’t know how tight assed this guy is going to be so I want to collect my own pool of info to try and verify later if need be. 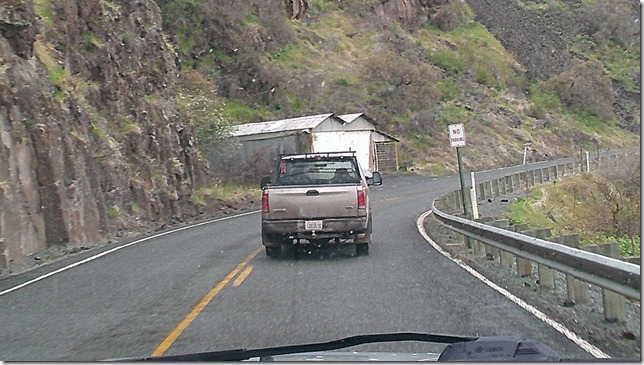 We blow past a 35 MPH sign and he continues doing 45MPH.  I stay right up with him.  About a half mile down the road he pulls over and I pull over right behind him.  Well what happens next was recorded, on a public road, for my own protection depending on the attitude of the officer.  There are reasons I don’t trust cops and it’s a real shame that’s the case.  I also know that series has been seen by many officers, some of which really dislike it.    So like the light being shined on the corrupt and nasty in their profession, other’s dislike it, for what reason I don’t know.

I will say the officer was polite and cordial when I talked to him, but he has seriously rubbed a couple people the wrong way.  Here is the card. 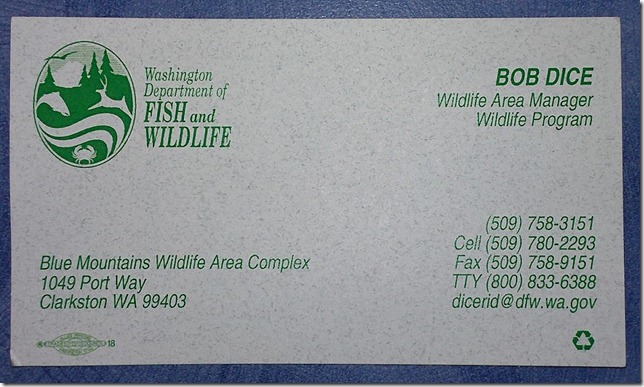 The two guys with me and myself are reasonably sure that the main reason I got the info was because I took the initiative.  Once I was at his door he was stuck, he couldn’t just run off.  The other communications people were quite happy with my ability to extract the information.  The person I was talking to on the radio said, “Don’t do anything stupid, I’m not bailing you out of jail.”

One suspicion is he is friends with people who dislike the jet boat races and he is attempting to discourage the volunteers who make it happen.  If not that, it’s a push to make a bunch of revenue on people who are working as staff.

As you can see, as annoyed as I am, I can keep my cool when necessary.  I have been informed that Bob Dice’s information is heading to the correct people to make sure stuff gets taken care of.

Overall it makes me wonder why some departments such as the sheriff, fire department, and ems was more than willing to work with us.  How much so?  We had officers on safety boats, and there was a ham on the sheriff’s boat and fire boat.

3 Responses to A Quickie…