The Minuteman » Unfiled » In Which Mistakes are Made

In Which Mistakes are Made

So some of the drivers who’s main rigs were incapacitated modified some sport jet boats with roll cages to race today.  On the first leg we went from three to one boat. 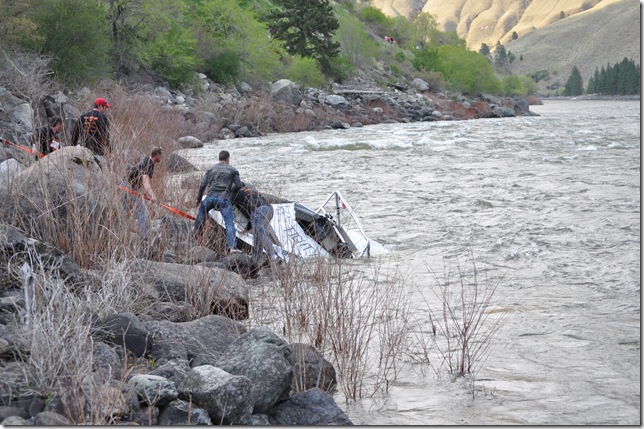 It sank.  Thankfully it didn’t obstruct the course, though they did successfully pull it out tonight.  Here’s some of the pictures. 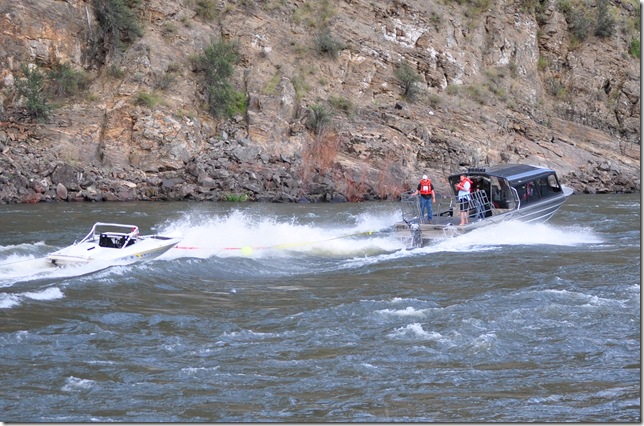 There were some other things comm related to today’s activities, but I am too pissed too talk about.  Praise in public, chastise in private.  The associated party will probably be hearing about it.  I was doubly pissed when I was informed that there wasn’t going to be a debrief about today’s communications.  I left my beefs and comments with three of the hams at the potluck with instructions to deliver the memo.

To give you an idea of how pissed off I am about it, I was damn near ready to pack it in and drive home tonight.  My job is safety, it is actually the job of everyone on my boat.  As stated in the safety meeting, ultimately flags are left to the discretion of the boat captain.  Someone on the shore thought he knew better what was going on, never mind the person not visible in the boat.  Never mind this is around the corner from the start and from the experience of the crew there are not flags at the start line to inform a boat it is starting under caution.  This individual who was not aware of what was going on felt it right for him to alter the flags and communicate while there was emergency traffic.  He then felt it necessary to also yell at the boat and crew with a bull horn while they were trying to do their job.

I and people like me are not here to risk life and limb, we am here to protect life and property.  If that means delaying the start until we get what we discover to be a stalled boat and safety boat off the course so be it.  As a note the navigator wasn’t visible to the safety boat as it approached.  Safety is first, and if the people I am working with can’t understand that I will not be participating again.  Most seem to understand that, but there are a few who don’t.  There was no reason to endanger that race boat or safety boat as no other boats had started and the accident was at the start line. If it had been at boat two the caution would have been more understandable.

If anyone associated with the World’s Jet Boat Races would like to talk to me about what happened, feel free to contact me.  I listened to it unfold on the radio and was a little annoyed, after I got filled in by the EMT and boat captain I became all out pissed.  So I’m going to hit the bar for a beer with the EMTs.  Today was a crap day, and the above wasn’t the only screw up, boat dispatch for the sinking boat was handled less than optimally as well.