The Minuteman » Unfiled » Be careful what you wish for

Be careful what you wish for

I participated in the Worlds Jet boat Marathon as a HAM operator for emergency communications during the races.  Because of work I was only able to participate one day during the Snake River run of the marathon.  Last year I participated in the Thunder on the Snake and my position on the river was rather uneventful,  so I wanted to be in an area that would have more action so to speak.  Well, I got that alright and much more. 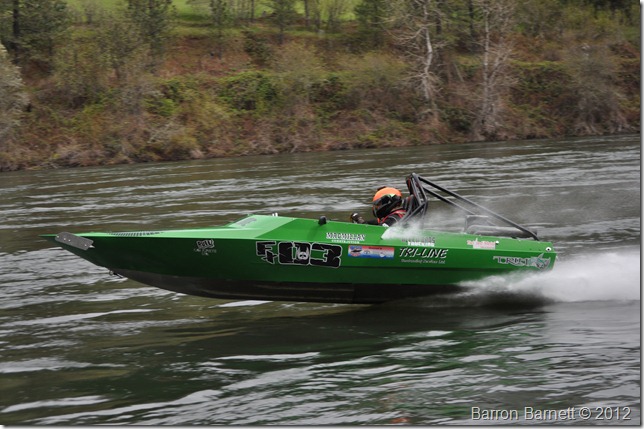 Some of the boats were coming within 5-10 ft. of my safety boat, which I thought was pretty cool and we were located in a section of rapids known as the Captain John Rapids.  It was interesting to see the boats run the rapids and see the effects of the rollers on the boats.  That is, until someone was injured.  I wanted action and excitement, but I didn’t want to see anyone hurt from it.

One boat in the second leg of the race hit a roller in the rapids.  His nose went straight up, then the rear of the boat hit, followed by a slap of the front end, landing the boat back in correctly.  What I didn’t realize was that the seats in the race boats are bolted to the frame and have no suspension whatsoever.  This means the occupants of the boat feel every little bump on the river.  I continued to watch the boat, praying he would continue passed. That didn’t happen.  He slowed down and turned toward the area of beach where we were located.  The boat captain, EMT, and boat hands went flying out to the racer as I called net control about the disabled boat.  Next thing I knew, the EMT returned as the driver of said race boat requested medical attention.  I again relayed the update to net control.  Shortly thereafter, another member of the safety boat returned with more information to relay.  A backboard was needed and with that comes emergency crews, on the water and land.  I stayed at my post and continued with communications.  Another safety boat arrived along with the Asotin fire boat and the Sheriff boat.  An ambulance was called and my boat headed across the river to flag down the ambulance when it arrived.  Another ham eventually arrived on the road side and took over for flagging the ambulance and the fire and Sheriff boats arrived to wait for the ambulance.  When we saw that we were no longer needed we headed back to the other side by the race boat.  It was decided that the race boat would head down river to church camp and wait to be trailered.  I informed net control that we would be following to church camp.

Later I learned that the injured racer left the hospital around 1700 hours that evening.  I was happy to hear that he walked out, but I still didn’t know the extent of his injuries.  turns out he did fracture his back and that is something I can empathize with.  I’m glad he is okay and that he wasn’t injured any worse.

Apparently I did very well with my communications and stayed calm and collected.  I heard a lot of sincere expressions of appreciation after the races ended for the day.