Moka was a beautiful chocolate lab who has been part of the family since I was 13. Yesterday she was put down. She was 13 and she was suffering from arthritis, amongst other things, and could barely walk let alone stand. Below is a poem I wrote.

She started her life as a happy, bounding ball of mischief.
Her energy knew no bounds.
As time went on, she became more than a pet;
she was a loyal member of the family.
She hunted and chased anything and everything,
just for the sake of protecting her domain.
Nothing entered her territory without permission first.
Protective, loving and carefree,
she lived her life to the fullest.
She was a rare one indeed; as she was able to catch a squirrel,
a feat not easily achieved.
Friendly, proud and beautiful,
she could really bring out the smiles.
She never turned down attention
or an opportunity to curl up by a warm fire.
Scratches behind the ear were pure pleasure for her.
She did get into trouble from time to time,
but who doesn’t?
No matter what, she knew she was loved.
Thirteen wonderful years she lived,
happy and loyal to the end.
She is now at peace. 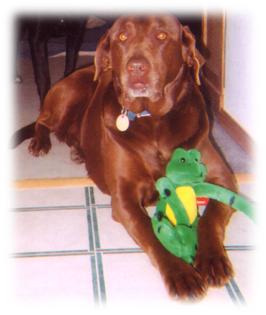 Dan: Abigail, are you the sh*t?
The Girl Child: (in baby voice) Yes

Yet it is. The 2010 Census is currently ongoing with workers now going door to door.

There are about 635,000 U.S. Census workers currently going door to door counting Americans who did not return their surveys.

One thing many people did not expect was a lack of screening and fingerprinting for potential Census Workers. One Census Worker managed to get hired using an alias despite being a registered sex offender.

A census official told the Inquirer that a “Jamie Shepard” had been hired in late April after passing the name check, but was fired May 5, as he failed the fingerprint check.

He was hired before a full check was completed.

Another incident involved rape and burglary. This census worker was using his job to stake out potential victims.

One of the victims was a 21 year-old physically handicapped woman.

He got caught and in a very stupid manner.

The attacker left his blue jeans, T-shirt, underwear, boots and wallet with his driver’s license in the woman’s bedroom, authorities said.

The same article tells of a completely different incident, still involving Census Workers in Texas. Three men posing as census workers broke into a home, tied three of the victims up and ambushed the fourth when he got home, killing him in the process.

All of these incidents combined indicate how lost our government is and the amazing number of sheep who believe things like the following will help.

How do I know that census takers aren’t criminals? What was the screening process for job applicants?

The U.S. Census Bureau has made the screening process for employees more rigorous than in any previous census. Each applicant is required to accurately disclose information about any conviction, imprisonment, probation, or parole in the last 10 years. All census takers must undergo both an FBI name check and an FBI fingerprint check. We disqualify any applicant whose screening indicates prior convictions or a pending charge for certain categories of crimes, such as murder, sex offenses, robbery, voter fraud, or other crimes that suggest a threat to safety or the integrity of census data.

Obviously the law, in this case, doesn’t stop criminals. Also, they only disqualify applicants based on their background check, but what do they do for those who lied about their background? This seems to be just more lip service, like the TSA, to make people feel safe.

A final note on dealing with the census in particular (but a good habit when dealing with people claiming to be government officials):

If a census worker comes to the door, be sure to be in Condition Orange during the entire visit. Do not allow them into your home. If they asked to come in, notify the authorities immediately. Also, watch out for anyone else that maybe around helping the worker and presume the worker and anyone else to be a potential threat unless you actually know them. Give them only the constitutionally required information
(i.e. how many live there). Do not provide names, birth dates, races, etc for those in residence.

Just because you’re paranoid doesn’t mean that no one is out to get you, better alert than dead.

There’s no such thing as the intellect. A man’s brain is a social product. A sum of influences that he’s picked up from those around him. Nobody invents anything, he merely reflects what’s floating in the social atmosphere. A genius is an intellectual scavenger and a greedy hoarder of the ideas which rightfully belong to society, from which he stole them. All thought is theft. If we do away with private fortunes, we’ll have a fairer distribution of wealth. If we do away with the genius, we’ll have a fairer distribution of ideas. ~ Dr. Ferris from Atlas Shrugged by Ayn Rand

[All those in favor of socialism raise your right hand.

If this isn’t an example of socialism, I don’t know what is. Restrictions are being placed on the minds and abilities of people because it is supposedly fairer to the less fortunate and to the ones that don’t pull their own weight. Those placing the restrictions are afraid of the people who can take care of themselves and don’t need to be babysat by anyone. It’s a loss of control for the simple minded who want all the power. If this doesn’t sound familiar one should wake up and smell the roses. ~TMW~]

Freedom has been given a chance and has failed. Therefore, more stringent controls are necessary. Since men are unable and unwilling to solve their problems voluntarily, they must be forced to do it. ~ Wesley Mouch from Atlas Shrugged by Ayn Rand

[I see this as a future possibility, especially with the current administration and the appointed czars given the following:

That is only one example of force that is being put on the people of this country. ~TMW~]

The aim of education is to teach us how to think, not what to think. ~random fortune cookie~

All through college, some professors stressed that one should believe everything that is taught in class. Many of theses classes were the general education classes required by the university. The exams were about regurgitating everything taught in class despite any possible disagreements. In order to pass, the student had to be a good little doggie and do as was told. Those who knew that education was about learning how to think were the ones who survived the mandated brainwashing.