I don’t really like rifles that will just live on a wall and look pretty.  It’s a tool.  Period dot.

I did however see a rifle I want on my wall oh so badly.

Seriously.  I think I might be getting myself one for Christmas if I have the cash. 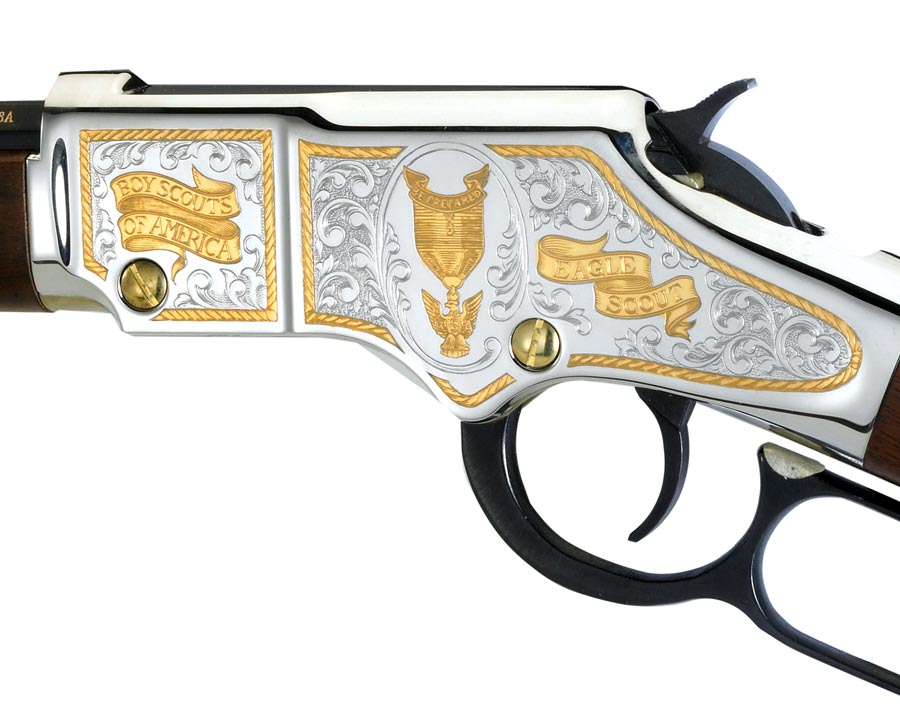 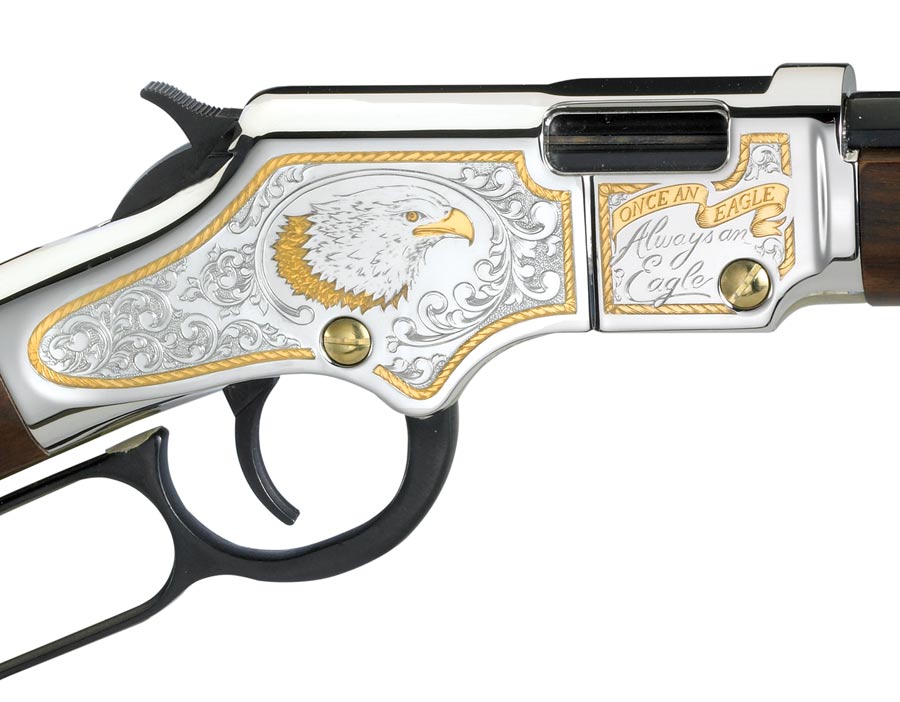 Via No Lawyers – Only Guns and Money I just discovered Eagle Scouts: Merit Beyond the Badge.

A more detailed video presentation can be seen here.

Scout’s had a very large role in my life growing up.  I spent the majority of my summers away from home at summer camp, JLT, National Jamborees, backpacking, and  just about anything else under the sun.

I earned my Eagle and I still feel it worth more than anything else I have accomplished.  I share this nest with a lot of very important people and some reflect well upon the honor, others not so much.

My parents both encouraged me in scouts wanting me to succeed.  My dad’s comment as to why he supported the program reminds me even now of the significance of the program.  His comment was, “I want you to grow up to have character, not be a character.”  I would like to think it accomplished his goal.  Especially since I have been described as being a literal Eagle Scout in the fact that I will do the right thing merely because it’s right, even if it’s to my detriment.

Stepehen Ambrose in his book D-Day noted that the war in Europe could easily be seen as the Hitler Youth vs The Boy Scouts.  The facts found from this survey have been known for a very long time.  Powell’s reason for Scouting was to help mold boys into men physically, mentally, and socially.  The survey merely proves that the program accomplishes Powell’s original goals.

I proudly climbed the hill to Eagle and received a wonderful surprise after completing that journey.  That journey played a significant factor in who and what I am today.

I am an Eagle Scout from the class of 2001.  I am a Brotherhood member of the Order of the Arrow.

Those of us who have made the climb know what it means, why it’s significant, and the results of this study come as no surprise for those of us here.  We live to set ourselves apart from the rest of the pack, for those who may not understand, I give you 100 Scouts.

Of any one hundred boys who become Scouts, it must be confessed that thirty will drop out in their first year. Perhaps this may be regarded as a failure, but in later life all of these will remember that they had been Scouts and will speak well of the program.

Each of the one hundred will learn something from Scouting. Almost all will develop hobbies that will add interest throughout the rest of their lives. Approximately one-half will serve in the military and in varying degrees profit from their Scout training. At least one will use it to save another person’s life and many will credit it with saving their own.

Four of the one hundred will reach Eagle rank, and at least one will later say that he valued his Eagle above his college degree. Many will find their future vocation through merit badge work and Scouting contacts. Seventeen of the one hundred boys will later become Scout leaders and will give leadership to thousands of additional boys.

Only one in four boys in America will become Scouts, but it is interesting to know that of the leaders of this nation in business, religion and politics, three out of four were Scouts.

This story will never end. Like the “Golden Pebble” of service dropped into the human sea, it will continue to radiate in ever-widening circles, influencing the characters of men down through unending time.

I’ve bolded the parts that tie to myself personally.

While I haven’t actually done the Oath in 10 years, I can still rattle it off, knowing full well its meaning.  The same can be said for the Scout Law.  Yeah, that’s how deeply it ingrained itself into my soul.  I expect to be able to recite either until the day I die.

On my honor, I will do my best:
To do my duty to god and my country;
To obey the scout law and help others at all time;
To keep myself physically strong, mentally awake and morally straight.

What I do find interesting, I have run into a decent number of Eagle Scouts within the gun community and I keep finding more.  This however is by no means surprising.