Janelle and Kim then proceeded to mix up targets for the private party. Only about 15 were mixed up, however while they mixed I burned. About 7-8 crates of targets were burned and I only lost the hair of the back of my left hand. That oxidizer lights up fast when it finally goes, and boy does it burn hot. After that we fully introduced Joe’s coworkers to the world of firearms and explosives. We pounded stakes, let the current squal pass, performed the saftey lecture and then got into it. I was going to destroy some harddrives for a friend however it appears I had left them at home. Another time do an Idaho Stress Test/data reduction method. For today it was going to be an extreme test as we were going to destroy them under the fireball as well. 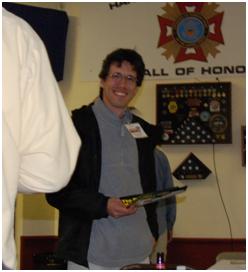 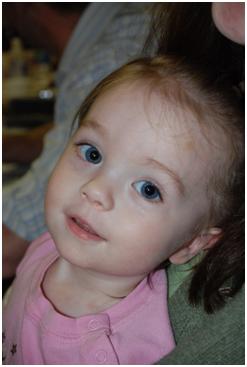 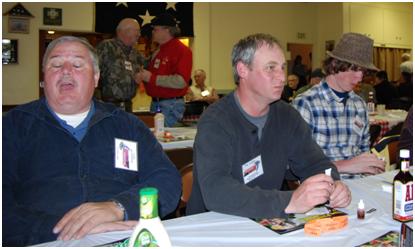 Youtube has finished processing my uploaded video and my collaboration of the footage for the Friday High-Intensity is now up. Enjoy.

By the way, I’m working on a Boomershoot Video for 2010, but it appears it may just be 480p due to some unforeseen reason. Software is complaining and I can’t figure out why. I’ll work on uploading it in the morning.

Last weekend was Boomershoot 2009. Best 5 day vacation I’ve had in a long time. I even grabbed a high def video camera just for it. The next couple days I’m going to slowly start posting stories and I’ll post video as I clean it up and edit it. Why must I edit it you ask, the full high-intensity video is a whopping 768 megs. The anvil and failed fire ball are 1.2 gigs. I do have a video of the successful fireball that we did on Thursday.

Pictures will also be posted slowly but surely as well. I have very limited internet currently. It’s on my laundry list of things to do, but at the top is finishing moving.

Here’s a pic from the anvil launch. 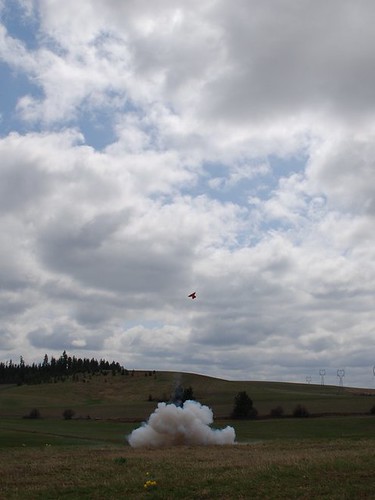 And here’s the fireball from Thursday.

It was 3 seconds of pure awesomeness followed by 20 minutes of firefighting. I wish I had my camera on a tripod and caught the whole episode. In hindsight it was fun I guess, at the time though it was a little scary. We had all forgotten about Joe’s post on Sunday.