Steel match was early this month which worked out well for Joe.  We shot the match this morning, I did decently well and came in middle of the pack.  Got some tips from one of the shooters which helped and I’m going to incorporate it into my practice.  I had been fairly lucky thus far but I had a failure to go boom today.  Did an immediate action drill.  I thought the round extracted but it didn’t or I had a double feed because the slide didn’t go home.  I promptly locked the slide, dropped/ripped the mag out,  dropped the slide and racked it again, inserted a new mag, racked and reengaged.  That obviously was my throwaway string for that stage.  Compared to the other runs though that only added 10 seconds, it felt like an eternity, I know with practice I can get that time down but for the failure I had I can’t complain with how I handled it.

After the steel match we headed out to the Boomershoot site.  We had some storage experiments to conduct.  We get out to the road for Mecca and there’s still a lot of snow on the ground.  We start to walk on it and we both arrive at the same conclusion, we would probably make it driving out there but we probably wouldn’t make the return trip successfully.  We decide to head over to the entrance for the berm since that’s closer to the Taj, our final destination.  The snow felt like it wasn’t going to be too bad so we began our hike sans snowshoes that we forgot at Joe’s house anyway. 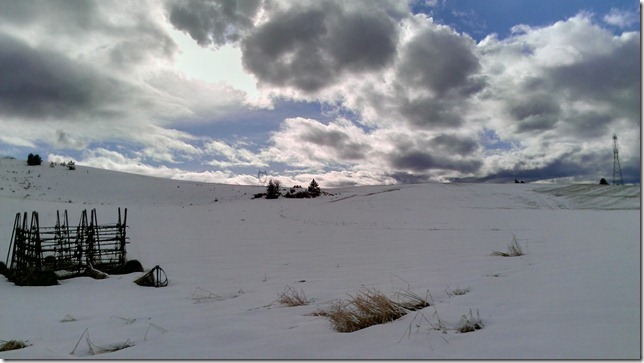 We start climbing up the first hill to descend the backside to go through the valley and back up to the Taj.  As I said last time, sitting behind a desk all day everyday is probably eventually going to kill me.  Doubly so since about every other step I went about ankle deep until we went over the backside of the hill. 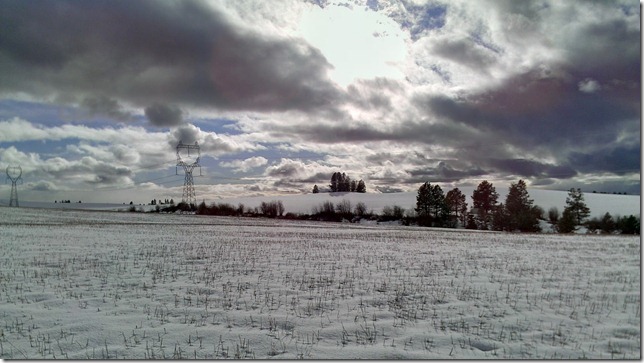 Joe was ahead of me and all the sudden he stopped, stood there for a second and then started walking back to me and the conversation goes like this.

“My arms just started tingling and felt it throughout my body.”

“That’s neither good, nor normal.”

“I know, it started when I was under the power line.”

I walk over towards the power line and the hair starts to stand up on my neck and my chest becomes heavy.  The next part of the conversation goes like this.

“That’s not good, my hair just stood up.  Lets try someplace else.”

Eventually we decide to cross under the line at the tower itself.  The effects were still present though not as pronounced.  I have no idea what was causing that behavior.

We then proceeded down the hill toward the stream.  Every step I’m going up to the edge of my boot.  As I get towards the bottom I’m now up to my knees.  I tell Joe to go on, I’m headed back because if it gets any deeper I’m in trouble.  He say’s “fine, go ahead and wuss out.”  I start my extraction at this point.  I get about half way back and Joe tells me to stop and we’ll test the targets at the 380 berm.

So all three went Boom with a side note that we used V-Max bullets for testing, and the storage temperatures were probably around 32F instead of 60F.  It is interesting that the color was yellow where it is normally white.  However the ground was very wet and it could have been mud, but I’m not sure, it is a possibility. 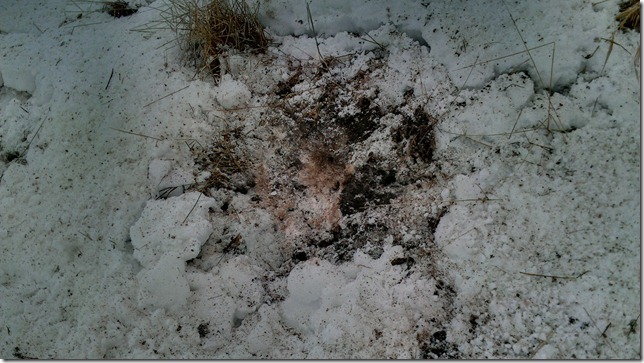 It does appear that there is nothing left of the plastic wrap.  Joe also had other good news for Boomershoot 2012.  It’s getting closer and it’s just moving faster and faster.