The Minuteman » Unfiled » And…. boom goes the boomerite.

And…. boom goes the boomerite.

So Joe and I started off this morning with heading out for the Action Pistol match in Moscow.  I have no clue how I did.  I think I did reasonably well.  I’m obviously a little more rusty than I’d like to be, especially when it comes to steel which there was a lot of today.  I screwed the pooch a few times but recovered.  I didn’t shoot a single no shoot, shot every last piece of steel, and I don’t believe I had any misses either.

After that we headed out to the Boomershoot site.

If you remember about a month ago, Joe and I started investigating a problem with the Boomerite.  Through our testing we discovered the KClO3 was the wrong size, which was confirmed by Ry.  Joe got a blender and we were going to confirm we could grind the current KClO3 two weeks ago.  Mother nature intervened and stopped our trek 10 yards in.

Today we planned ahead, more specifically remembered half way to the range, and brought the snowshoes this time.  That was a good thing for me, Joe escaped by without them.  The crust buckled under me about every 3rd or 4th step.  After 100 yards I just put them on and trudged on, I remember doing this stuff while I was active in Scouts and going like gang busters.  Sitting behind a desk is killing me. 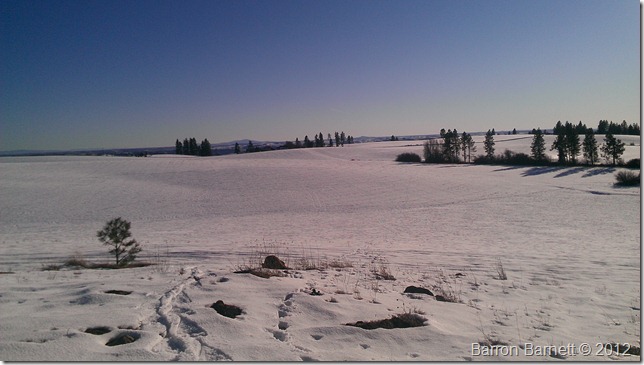 But I made it.  We quickly made up the first batch of explosives.  This made two 7 inch targets and then we went out to test them.

We were showered in dirt.  Hopefully Joe will post the video he took.  Both of them went bang just as we expected and wanted.  Now 2 isn’t the largest sample size, and my stat teacher would kill me for thinking it’s statistically relevant, though we had a second experiment.  It is worth noting, during the previous test we had a 100% failure rate with this rifle and ammunition.  Now we had 2 detonations with the new mix with the same rifle and ammo as previously used.

We mixed up a second batch using what we had already blended.  Filled the boxes without using baggies.  Again both detonated, eventually.  The 4th target took two shots because there was “technical miss”.  Let’s just say I shot a Delta instead of an Alpha.  So, that’s 4 for 4 with the blended KClO3 mix.

So we don’t need the baggies, possibly.  There’s some other experimentation that needs to be done.  Joe had a previous experiment along these lines, however we had trouble getting to them previously.  Due to the longer storage it confirmed one of my concerns. 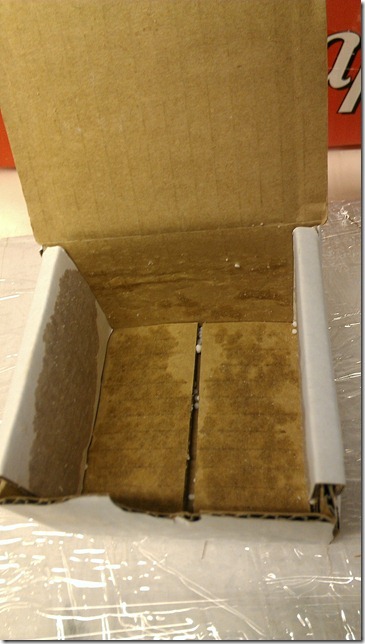 The ethylene glycol absorbs out of the mixture and into the cardboard.  This could affect the sensitivity of the target.  There is a second issue that will have to be tested as well.  When filling boxes in this manner we wrap them with Saran wrap.  My concern is that this is not nearly as solid of a vapor barrier as the Ziploc baggies.  Further testing is required. 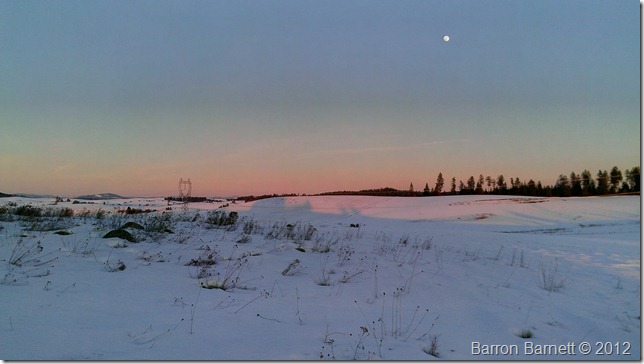 The sun was setting and Joe and I needed to get the hell out of dodge.  The temperature was dropping pretty fast, we had to hike back out, and there was a minor issue with the vehicle that needed to be fixed before heading home. 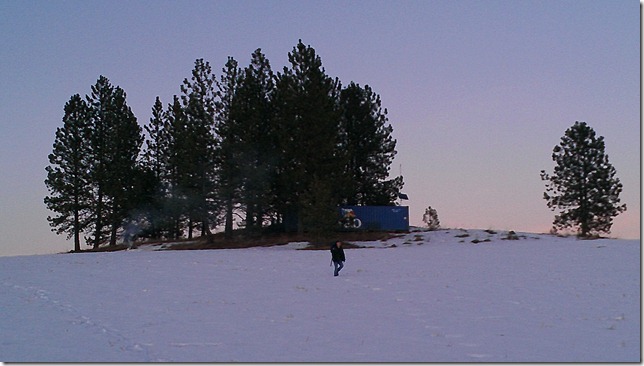 Joe lit the older targets on fire and we began our hike back out.  We headed over to his brothers place, Joe set me up with the necessary tools for the job and went into visit his parents.  He came back out to a fixed rear hatch.  No longer do you have to do the weird bump game to get the latch mechanism to work.  At some point the latch shifted and was no longer lifting the lock enough.  I popped the shaft out of its clamp and moved the clamp further down.  Joe kept testing it and I said, “Let’s not tempt fate and have it get stuck open again.”

Got back to Moscow, had dinner with Joe and his family since he was already running late and needed to save some time.  IT’s been a long, yet productive day.

*As an aside, all the pictures above were with my new phone.  The bottom one was cropped heavily since I was so far from Joe.

Update: Here’s the video from Joe and his report.

4 Responses to And…. boom goes the boomerite.