I had cleaned the 22 conversion kit the night before as well as cleaning the frame of my 1911 and oiling a few parts I felt may have been stiff. I even stripped and cleaned the polymer mag.

I ran my starting drills with 0 failures other than the occasional dead 22 round. Those rounds all had solid primer hits. Every once in a while clearing a misfire I would end up with what appeared to be a double feed like it didn’t fully eject. By the time that started I was past the 220 round mark. At 250 rounds when loading I noticed the slide didn’t go into full battery. I tapped the mag and back of the slide. I fired 2 rounds and then it wouldn’t drop the hammer. Upon inspection the slide was out of battery. I tapped it again and finished off the magazine. I noticed as I racked the slide at this point it was pretty warm. How warm? Manual of arms was fine but it was noticeably hot, leaving my hand on the slide resulted me me yanking my hand away, and with the slide back I could barely tap the barrel.

This was with a mix of Remington brass plated 36 grain HP and Federal American Eagle 38 grain CPHP. At this point I holstered the gun and decided to let it cool down and switched to the XD for the large caliber and reloading drills. I ran those well, forgot to print a dot torture target so I just used some of the 8 inch targets I had. First 50 rounds I walked it from 5 yards to 25 yards drawing putting two on one target reloading and doing two into the other target. I had all 50 in the black all the way out to 25 yards. I then placed the target at 7 yards and preceded to focus on reloading drills. I would alter the pattern for the shots and adjust ammo in the magazines so I would have both tactical and lock reloads.

After finishing up with the XD I pulled the 22 back out. It had cooled all the way down, ran the slide a few times and it was still smooth. I loaded up a mag and started drilling with the 22 again. No issues for another 180 rounds after cooling down.  At which point my box was empty and I was at the end of my reservation time. I will say though one should pay attention to their ammunition while loading looking for things out of place. I grabbed this out of my box of 22 ammo. 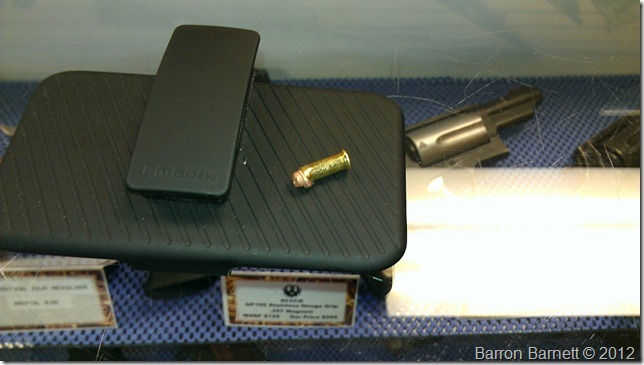 That is an American Eagle 38 grain CPHP who’s bullet was seated WAY too far. The top of the bullet is almost flush with the case. Luckily in this case there is no way it would have chambered because it shaved part of the bullet and it was outside of the case altering it’s overall diameter. Still, pay attention, this sport is actually relatively safe but bad things can happen. When you pay attention though you can help stop it before it ever becomes a problem. Squib loads are another example of something dangerous.   The dangerous part of this sport is the fact that when you make a mistake, it is not forgiving.

So, anyone interested keep listening and as I make it to the range I will keep you all updated with how the conversion kit is working out.  I’m running a log book to try and track details to find root cause.

I put 410 through it today with just the problems as noted above.