The Minuteman » Misc » On Giving Blood

So it’s been making the rounds as of late as noted by A Girl, she does seem to be a conversation starter.  Here’s the post that started it all.

I figured I’d chime in since A Girl did mention me and my text to her.  You see I’ve had someone else’s blood going through my veins as well as the wife.  You see we had a pretty nasty wreck at one point with bad enough injuries that yes, blood loss was a serious concern.  My wife had no appetite and was a total, how do I put this nicely, equivalent of a cranky female dog.  After giving her 2 units of blood, her attitude and appetite shifted immensely and immediately.

Total I ended up getting 3 units of blood, two while in surgery and then an additional one a couple of days later since I was obviously a little low in the gas tank.  A pulmonary embolism did not help in that department.

But overall those two incidents pale in comparison to what happened with my Father-In-Law.  Let’s just say there was an industrial accident and just about everything below the knee on one leg was hamburger by the time it over.  Reflexes saved him overall so the damage was done to the leg and not the torso.  But he now had an open valve on the lower leg.  He was airlifted to the hospital and ended up getting 8 units of blood.  The human body contains 10-12 and loss of life occurs at approximately 5.  Yes, you should now understand the full gravity of that situation.

He even got some Edison medicine to keep everything going while en-route*.  Given the severity of the trauma and his condition, I can tell you with great certainty there was one particular blood type used in that instance.  In this case it was the universal donor and life saver, O-, without it the story would have had a much different ending. 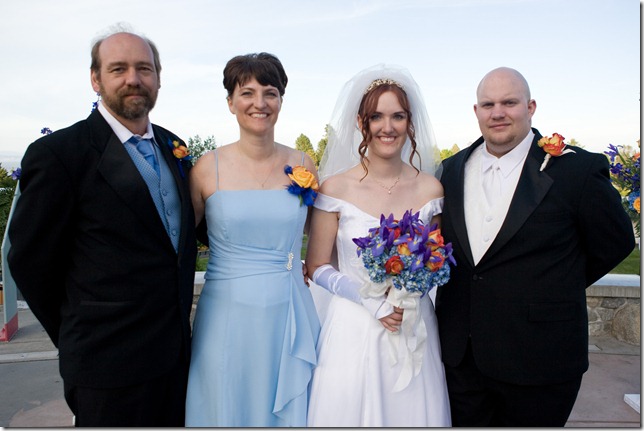 This picture would have looked considerably different without blood donations.**

So, if you donate blood. Thank You! If you have never tried, think about it.  It doesn’t require any special skills or abilities, but quite easily you could save a life and not even know it.  It is most definitely worth it and more people are affected by it that most probably realize.

*I asked to double check, neither TMW or her dad can remember exactly.  I do remember hearing the story for the first time and promptly chuckling and saying, “And my dad wondered often if the work he did actually made a difference and there’s a reason he preferred to work on medical equipment.”  More specifically my dad worked on the Life Pack series of defibrillators from Physio Control. That sticks out enough I’m reasonably sure yes he was shocked, but it was a minor player in the story, because without the blood it wouldn’t have mattered.

**I realize I look like a grump in this picture.  It is honestly what happens if you take my sunglasses and put me in sun light and then face me towards the sun.  The act of squinting makes me look like a pissed off Gorilla… Not that I mind that look, it’s just yes, it was my wedding day, and yes I was happy… SEE! 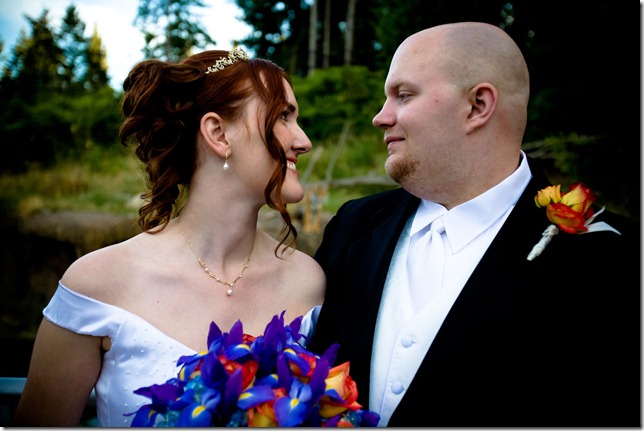 Look very carefully in between us…. Kitty! This kitty actually.

If you look closely there’s something that resembles a smile across my face… It’s just not really visible in most of the photos.

5 Responses to On Giving Blood